During a phone call yesterday with more than 600 Catholic leaders, Donald Trump declared himself the best president “in the history of the Catholic Church.” Because of course he did. He has much in common with the Church: He opposes women’s rights and LGBTQ rights and has his own history of covering up sex scandals.

The focus, naturally, was on abortion and religious “freedom,” the same two issues that galvanize white evangelical support. Then he shifted to a campaign pitch. 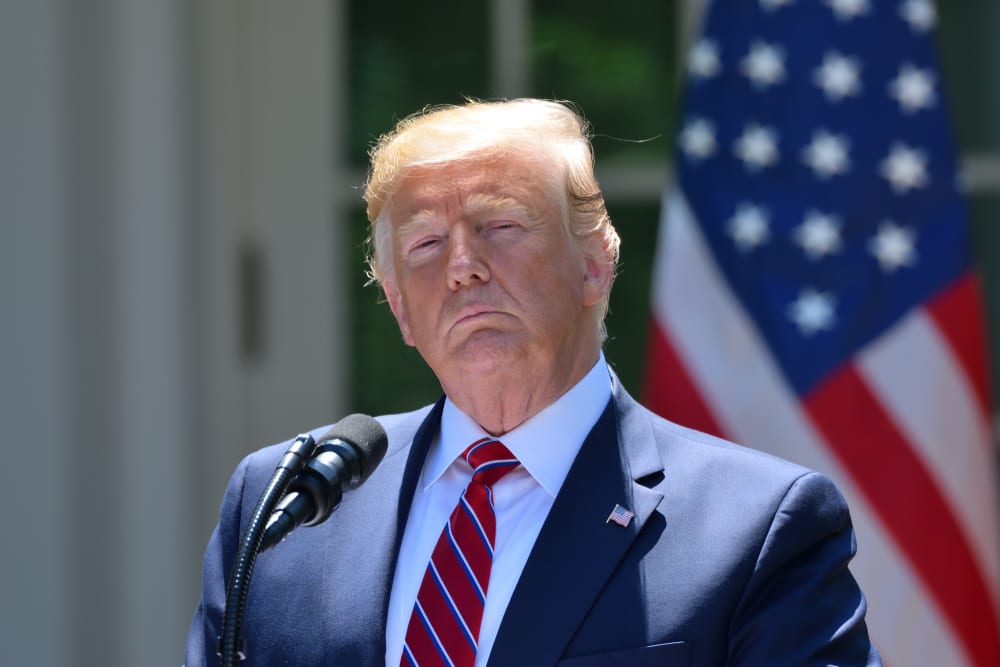 Yet the president’s most frequented theme in his opening remarks was that of his commitment to pro-life cause, saying that it has “been at a level that no other president has seen before, according to everybody.”

He also highlighted his opposition to the Johnson Amendment, which prevents tax exempt institutions from endorsing or opposing political candidates. He described it as “very [vicious], adding that “I got rid of it so you can express your views very strongly.”

As with most everything he says, he’s lying about the Johnson Amendment. He didn’t get “rid” of it. Even right-wing Christians acknowledged that early on, in addition to Trump’s own Justice Department. It’s still illegal for pastors and priests (and other non-profit leaders) to endorse candidates from the pulpit and keep their tax exempt status. Just because the IRS doesn’t have the staff to pursue every case doesn’t mean it’s suddenly okay.

As for abortion, Trump has indeed nominated a slew of unqualified judges to lifetime appointments on the federal bench because they’re sufficiently anti-abortion to satisfy Republicans, but to think he cares about the subject is to ignore everything he used to say about the subject — including the idea that women should be put in jail if they have abortions.

Obviously Trump didn’t call these Catholic leaders because he has any interest in their faith. He did it because he needs Catholics to vote for him, and the conservative leaders in the Catholic hierarchy may have the power to sway votes. To do it, he directly reminded them of the election date and spread the lie that Democrats want to murder newborn babies.

The president responded by reminding attendees of his reelection efforts, saying the “situation coming up on November 3, the likes of which have never been more important for the Church.”

“I hope that everyone gets out and votes and does what they have to do,” he then said of the November election. “You’re going to have a very different Catholic Church,” he warned if he is defeated.

The ninth month and beyond! I had no idea there was a Democratic conspiracy to shoot babies in the delivery room. News to me.

There’s no indication anyone on the phone call pushed back on that obvious lie. Why would they? Challenging authority isn’t exactly a Catholic value.

The irony in that first statement about what’s important for the Church is that Trump is decidedly irreligious — he’ll play the part, but he doesn’t think about theology — while Joe Biden is actually Catholic. A practicing Catholic, no less. (Biden has repeatedly said his private beliefs shouldn’t have any impact on public policy, just as he should.)

These Catholic leaders don’t want a genuine Catholic in the White House who understands their faith. They don’t care. They just want someone who hates the same things they do. And if supporting him means more refugees and poor people and minorities have to suffer, too damn bad. 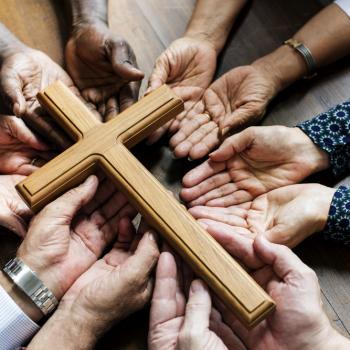 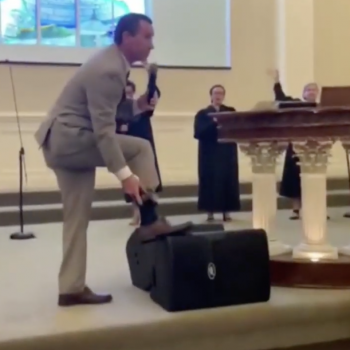 April 26, 2020 Despite House Arrest Order, the COVID-19-Defying Pastor Preached at Church Today
Browse Our Archives
What Are Your Thoughts?leave a comment