Jonathan Merritt (below) became a Christian more than 25 years ago. Preacher’s son, Liberty U. student, Southern Baptist pastor, author, is his life’s story in a nutshell. 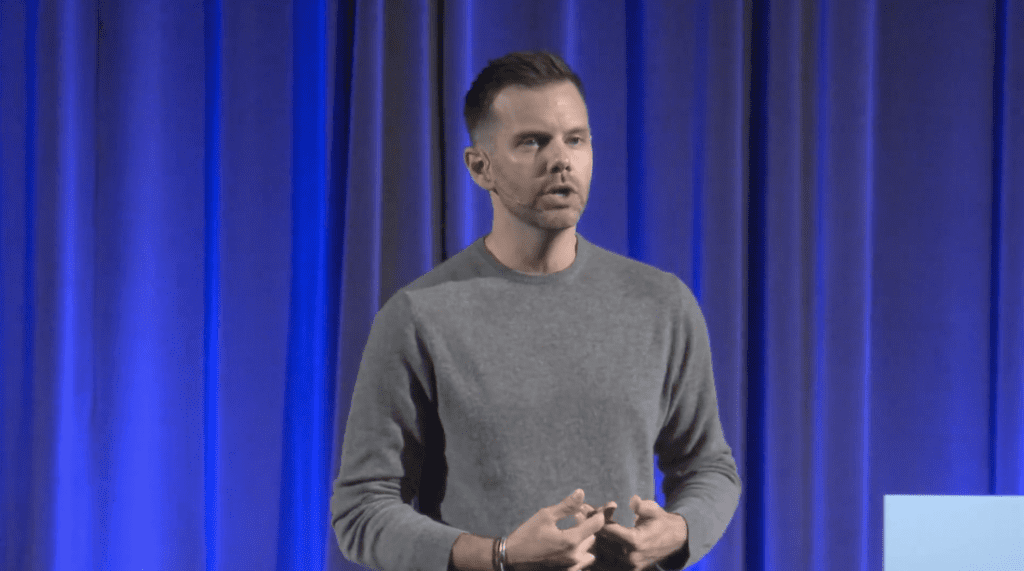 [I] grew up as the son of a prominent evangelical pastor, graduated from Jerry Falwell’s Liberty University, and spent years as a Southern Baptist pastor in Georgia. I’ve witnessed every religious affectation imaginable, but I never thought I’d see the day when my alma mater, Liberty University, would endanger the lives of its students by partially reopening its doors in the middle of a pandemic, perhaps to make a political statement. Is this what it looks like to be “pro-life” now?

I’m liking the bona fides. It’s always good to see a Christian of good will critically eyeing his tribe and finding it wanting. Then again, being belatedly disappointed in Liberty University is like eating at Taco Bell for a week and then wondering why your insides are acting all funny.

Merritt writes freelance about faith and culture for the New York Times, the Daily Beast, and the Atlantic. He has a new piece whose central premise is that, now that the COVID caca has hit the fan, some of the most prominent Christians in the U.S. aren’t turning out to be beacons of morality.

Let’s not be churlish, and kindly tell Merritt thanks bro rather than how was this not completely fucking obvious to you all along.

Here’s how he builds his case:

Consider the popular pastor John Piper, who was asked what he would say to pastors who claim that the pandemic is God’s judgment on sinful cities and arrogant nations. “God sometimes uses disease to bring particular judgments upon those who reject him and give themselves over to sin,” Piper responded. Or perhaps look to R. R. Reno, the editor of the conservative Christian journal First Things, who argued that it’s not worth a “mass shutdown of society” just to fight the virus. “There is a demonic side to the sentimentalism of saving lives at any cost,” Reno wrote, decrying the “ill-conceived crusade against human finitude and the dolorous reality of death”… This kind of stark self-righteous insensitivity makes nonreligious people despise Christians.

I’m sure Merritt and I could break bread. And I’d tell him that, no, I don’t despise Christians as a group. I have many Christian friends, and my wife is (nominally) a Christian. I love them. But then I’d have to pull out the postprandial antacids, and confirm that the Christians who Merritt talks about in his article, and the ones we cover daily on this blog, are indeed a source of nausea and revulsion. Mostly, we’d still be on common ground, I reckon:

Over the years, I’ve seen wealthy megachurch pastors shaking change from cash-strapped parishioners, and I’ve beheld toothy evangelists emotionally manipulating crowds to coerce conversions. I’ve seen pious politicians cherry-pick the Holy Bible in order to snatch the moral high ground from their enemies across the aisle, and I’m no longer surprised when trolls I encounter on Twitter include a saccharine religious identifier like “Christ follower” in their profile.

But I’d never predicted that I would witness prominent Christian leaders dismissing death.

Seriously? Dude, Christendom is practically built on alternately worshiping and dismissing death. The whole idea is that death isn’t really the end (and can thus be brushed off as a temporary inconvenience), because the Really Righteous graduate to eternal life in heaven.

It starts with the earliest books of the Bible. God killed all the firstborns of Egypt, according to Exodus 12:29. (Christians: Meh. Our Lord also gives us purpose. And puppies!) We learn from 2 Kings 2:23-25 that God sent bears who ripped apart 42 youths because they’d mocked a bald man. (Christians: Yeah OK but behold the complexity of the human eye!) All told, in the Good Book, God kills at least two million people. (Christians: That doesn’t count ‘coz then He sent Jesus and now we’re in a state of grace! Also, look: Orchids! Hummingbirds! Sunsets!)

And that’s only the record of the Almighty. What about the record of His followers? I’ll tell you: The history of Christianity is rife with middle fingers to the living and the deceased. Want some examples of Christians “dismissing death”? No problem.

• During the 1209 siege of Béziers, the Christian attackers sacked the city and immediately ran into the problem that many within its walls were in fact proper believers. How could they distinguish the heretics from the faithful, so as to know who to massacre? The abbot in charge of the operation thought of 2 Timothy 2:19 and gave the order to murder the citizens indiscriminately: “Kill them all — God will know His own!” And so they did. Many thousands of innocents were slaughtered. If the originator of the Albigensian Crusade, Pope Innocent III (cool name!), lost even a minute’s sleep after he heard of the grand victory at Béziers, it is more likely attributed to excitement than remorse.

• In the early 1500s, Sir Thomas More was so incensed by the disgraceful Protestants who dared read the Bible in English rather than in Latin that he personally arrested, imprisoned, and interrogated some of them. Six protesters were burned alive under More’s chancellorship. The Catholic Church made him a saint in 1935.

• In June of 2014, news broke that near Galway, Ireland, the remains of 796 children had been discovered in a disused septic tank on the grounds of a former Catholic home for unwed mothers and their children. The home, which operated between 1925 and 1961, had a child death rate as high as fifty percent — a number also seen in other Irish Catholic institutions that purported to take good care of “fallen girls.” The 796 children whose bodies were stuffed in the sewage tank are believed to have died from the consequences of malnutrition, overcrowding, disease, and inadequate medical care. After the grisly find, an official for the local Archdiocese remarked philosophically: “I suppose we can’t really judge the past from our point of view.”

I could literally do this all day, all week, or all month, and never run out of material.

If “prominent Christians dismissing death” comes as such a shock to Merritt, I’d say he has a few more history books and newspapers to digest.

Next, he laments that

[M]any nonbelievers are too frustrated with the way Christians behave to give their churches a try. The Barna Group, one of America’s leading polling organizations focused on religion, conducted a sweeping survey of non-Christians aged 16 to 29 in 2007. It found that a new generation had grown skeptical of and frustrated with the Christian faith because of negative personal experience with Christians.

Yep. So? Why isn’t Merritt “skeptical of and frustrated with the Christian faith”?

He is, he says (but not enough to tell it bye-bye). He rejects the pharisees, the hypocrites, and the shysters, but lauds

… [the] kind souls [who] are responding to the pandemic with condolences, compassion, and prayer.

Condolences are good. So is compassion, if it spurs action. Prayer, well… it’s literally the least you can do.

The earmark of Christianity is kindness, compassion, and supernatural love.

It’s not fighting back, attacking enemies, settling scores, or leveraging other people’s pain for your own advancement. Some of the most visible Christians in America, it seems, need to go back to Sunday school and discover the loving roots at the core of this great religion’s message.

Look, I’m genuinely stoked that Merritt is holding other Christians’ feet to the fire, rather than pulling an outright No True Scotsman. It’s better that they hear it from him (a member of the clan) than from me (an incorrigible heathen).

And yet, there’s also a facile quality to his piece: the idea that without the boils on Christianity’s ass (John Piper, Robert Jeffress, et al), the Jesus faith would suddenly be sublime, unsullied, made of kittens and cuddles.

Christians have had two thousand years to get their affairs in order and wow us with their warm-hearted grace. Personally, I’ve grown a bit bored of waiting. 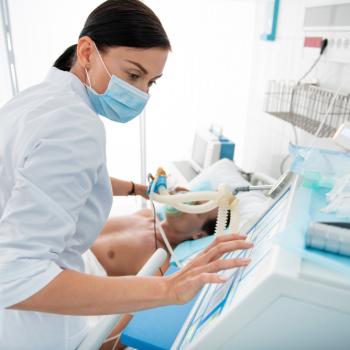 April 25, 2020
Pew Finds That God-Belief Is a Big Factor In Allocating Scarce Medical Resources
Next Post

April 25, 2020 Saudi Arabia Bans "Flogging" as a Punishment (but Executions Are Still Allowed)
Browse Our Archives
What Are Your Thoughts?leave a comment