Why Doesn’t God Stop the Virus? A Christian “Solves” the Problem of Suffering April 22, 2020 Terry Firma

Why Doesn’t God Stop the Virus? A Christian “Solves” the Problem of Suffering

Levi Skipper just published a piece at the website for Georgia’s Baptist Churches that goes into some detail about why God is serving the world a heaping helping of coronavirus.

What benevolent, worship-worthy deity would kill 180,000 innocent people, you may well ask — including many staunch believers who’d praised Him left and right? Skipper has some ideas. 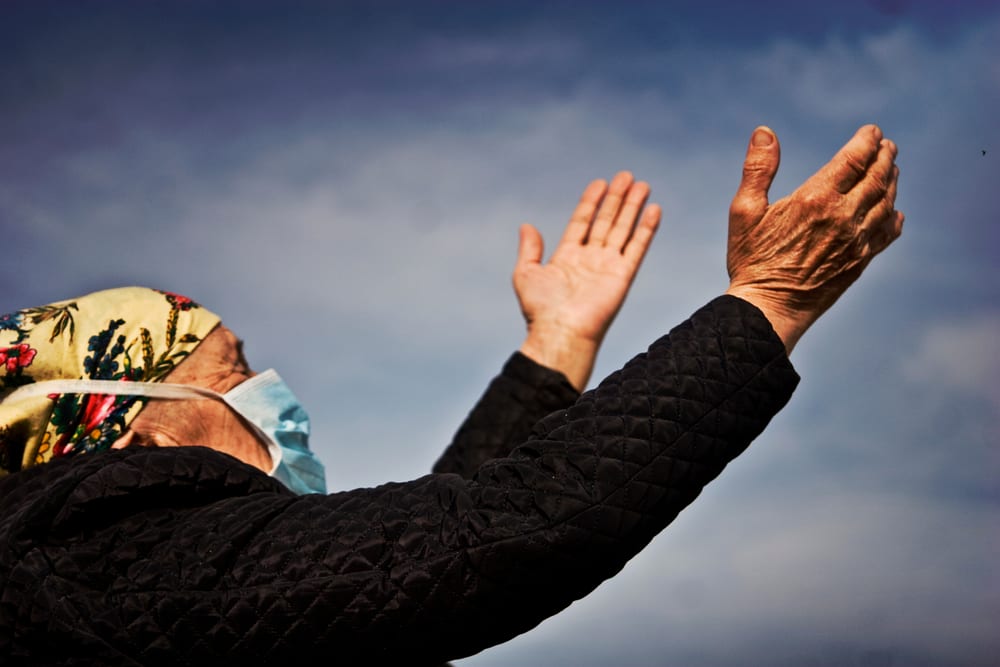 Without mentioning Epicurus, he restates the Greek philosopher’s trilemma on the existence of God.

Epicurus’s brutally effective rejection of the idea of a kind, all-powerful Creator is this:

Skipper warns us that

… this argument will be used by the evil one to shake the faith of believers today.

Luckily, the Baptist scribe is willing to teach fellow Christians to go mano a mano with Satan. He made a list of four rebuttal points. Let’s take a look.

1. God created a world in which love could exist. We read about this in Genesis 1. God created the world and He created mankind… We were created to love Him and one another. However, given the capacity to love means there is a capacity to choose. Had there been no choice to love it wouldn’t be genuine. Relationships would hold no meaning.

This has literally nothing to do with why God would allow or inflict pain, suffering, and death, but maybe Skipper is working up to it. I have to ask though: If love means having a choice, where does that leave a god who says he loves you, and if you don’t love him back, he’ll torture you forever?

It’s the same with Christians’ trite apologetics about free will.

Love me, insists the abusive husband or the sex-fiend kidnapper; and if the object of his warped affection can’t, or won’t, violence is sure to follow.

That’s some choice; some free will; some love. 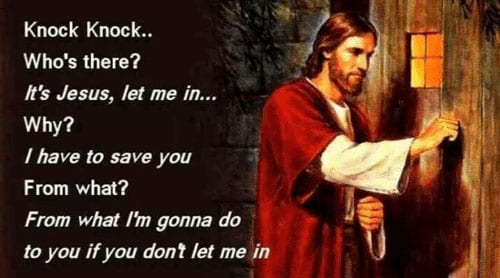 By the way, here‘s a list of 21 warning signs that you’re in an emotionally abusive relationship. The Christian god easily ticks over half the boxes.

2. Since love is an ability, sin is a possibility. Sin is missing the mark of perfect love. We all miss that mark. The first people, Adam and Eve, missed that mark, and, as a result, sin entered the world.

Yeah, no. Assuming that God (a) created every person on Earth and (b) is omniscient, He must have understood exactly how each of us would fall short when He poofed us into existence. If He didn’t know, He’s not, well, all-knowing. If He did, He can’t now be waiting to see, breath bated, whether and how each one of us will fuck up.

What doctrinarian Christian could convincingly deny that God made us that way — with petty jealousies perhaps, or murderous lusts, or fits of greed, or all of the above?

Sin. Sweet Jesus. You might as well deliberately program a PC to crash often, only to accuse it of extreme wickedness each time it does. And then, one day, when some of your company’s computers malfunction again due to your hellacious code, you angrily decide you’ve had enough, and you  flood the server room. Or maybe you first infect a bunch of random machines with a virus. That’ll teach all that disobedient silicon!

Of course, none of us like to think of ourselves as pre-programmed machines. (I know that I’m not. The idea is just silly to me.) But if an omniscient deity created us warts and all, that’s essentially what we are: Choiceless tools. Preordained automatons. Fated puppets. See also 1 and 3.

Atheists don’t think like that. We know we have the power, the obligation, to chart our own lives, and chart them well. We’re at liberty to choose. Christians say they have that freedom, that we all do — but on that score, their own theology crumbles the moment it’s held up to the light of logic.

3. God promised consequences for sin. The consequence of sin include suffering, pain, toil, and death. This is the reason suffering exists in the world today. An all-powerful and all-loving God created a world in which love could exist. Man chose not to love, and, therefore, sin corrupted the whole of creation, ushering in evil, pain, and suffering.

Abusive Husband, the Sequel. Jack comes home to find that Carly has fallen asleep on the sofa and burnt the soufflé. Pow, right in the kisser! Next, Jack discovers that Ritchie’s been playing hooky from school. Drop those trousers boy, I’ll get my switch! And as Jack batters and bruises the flesh of his loved ones, his rage builds. Look what these people are making me do!

Really, that’s God for you. Charming, isn’t He?

And how about the collective nature of the Almighty’s punishment? If some people sin gravely and others live upstanding lives, why is the Grand Creator of the coronavirus just as likely to smite the latter as the former? Isn’t that roughly the same as executing a thief along with his blameless wife and children, or burning down a village because a murderer lived there? (Not that I’m surprised. We’re dealing with a deity who at one point slayed all the firstborns of Egypt.)

Oh, I know — all the people who God “calls home” are “in a better place.” As a freethinker, I don’t believe it for a second, but even if I’m wrong… wouldn’t it have been good and fair of the Man Upstairs to at least let the very pious / virtuous ones die peacefully in their sleep? Why should they have had to suffer a prolonged death, panic filling their head as pain flooded their remaining consciousness, and corona-fluids choked off their oxygen? Wouldn’t you expect something just a touch kinder from a Heavenly Father whose followers love lauding him for his supreme mercy?

4. God offers His Son as a sacrifice to pay for sin. God did not walk away from His creation; He rolled up His sleeves. Because death was a consequence of sin, Jesus was sent to earth to pay for sin. God treated Jesus on the cross as if He had committed our sin. He died, was buried, and rose again. For those who receive Him by faith, they are cleansed of sin and empowered by God to love. For those who reject Him, they will face the eternal consequence which is death and hell.

Ah, God and Jesus and their so-called sacrifice. Granted, crucifixion is no cakewalk, but death came within 12–36 (extremely miserable) hours — and then the ordeal was over forever. It’s an excruciating end for a mere man, whose life was snuffed out, no backsies. But Christ? After being deadish for a few days, he woke up, rolled the stone from his tomb, and calmly floated upstairs to live with Dad.

We are asked to fall on our knees in awe of God sacrificing His only son, but since Jesus readily assumed his divine, hyper-privileged status in less time than it takes to binge-watch a season of Friends … well, it’s hard to completely grasp the difference between eternal sacrifice and painful inconvenience.

If my wife’s jewelry was stolen, and the thieves returned the entire loot three days later, ultrasonically cleaned and better than they’d found it, I don’t think I could get many people to empathize forever with our briefest of traumas.

Now, I hope for Skipper that he goes to heaven, but I do see a small problem. Sin cannot exist in heaven. By his own stated beliefs, that means that no one has free will up there, which makes the existence of love impossible. There. Hoist by his own petard.

And speaking of love: You can feel it, can’t you, in his closing assertion about “eternal consequences”? Skippy means you and me. We‘ll reap “death and hell.” Bless his heart. Threatening non-believers with hellfire is about as effective as telling teetotalers you’ll take away their liquor. I’m sure we’re all quivering in our Atheist Shoes. 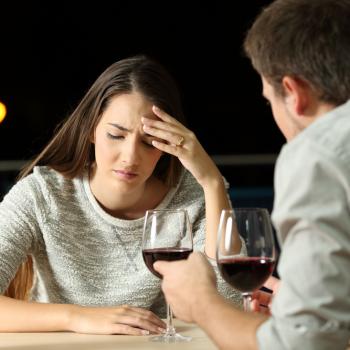