The past two months have been a whirlwind for televangelist Jim Bakker. After one of his guests claimed his “Silver Solution” could cure coronavirus in under 12 hours, attorneys general from New York and Missouri came after him… and he stopped. But he’s spent the past week claiming none of that ever happened. When credit card companies stopped working with him, he said it was because “somebody told a lie about us.”

A “lie” that he broadcast to the world…

Now Steve Strang, the owner of Charisma Magazine, is rising to Bakker’s defense.

We need to stop being so hard on Bakker, he says. Strang wants us to overlook Bakker’s infamous extramarital affair, and his stint in jail over fraud, and this whole virus-cure thing… and, wouldn’t you know it, the reasons are not very convincing.

Here’s how Strang dismisses the fraud:

I believe Bakker was targeted by people who didn’t like what he was doing, and when he resigned over his “fling,” they found some things they felt they could prosecute. When I reported on it at the time, I found Bakker to have done things I felt were wrong yet pretty trivial — but not bad enough to send him to prison! The courts freed him for time served. Since then, Bakker has owned up to whatever he did wrong, a lot of which was a lack of wisdom on decisions he made. He even wrote a book, I Was Wrong. (I read every word, and you can’t read it without believing that Jim Bakker, for all his mistakes, is sincere and his repentance was heart-felt.)

There’s a podcast that discussed the entire hotel fraud case in about 30 minutes and it’s worth a listen if you get a chance. But bottom line is that he committed a crime. It wasn’t some frivolous case brought about by his enemies. So Strang is just ignoring the facts here.

What Jim Bakker went through would have destroyed most people. Yet he did something I admire: He started over and has built a new ministry called Morningside in Missouri with his wife, Lori Bakker. He has learned from his mistakes and, instead of relying just on donations to fund his ministry, he supports it by selling products — mostly books and products he believes in, including health supplements…

One such product is the “Silver Solution,” which he has offered for the past 10 years. I’ve used it myself, because I use products I believe will help my immune system. It was this product (which had not been controversial until now) that stirred up this new media firestorm. You can see the video for yourself. Bakker and his guest, Dr. Sherrill Sellman, talked about the health benefits, but clearly said it had not been tested for COVID-19.

First of all, Sellman said it was effective on “certain strains” of the coronavirus. There was no nuance in her answer — or critical questions from Bakker.

Meanwhile, his other “products” include giant buckets of apocalyptic food, coffee that you can trade for a “new car,” and a gel that kills “all venereal diseases.” (Actually, that last one is the same Silver Solution that got him in trouble.) Even if he’s just selling products, he’s always hyping them up beyond what’s scientifically proven. He’s always misleading his audience about why they might need it.

A man with zero medical credentials and a history of fraud has no business peddling magical cures for anything. That alone is incompatible with the godly Christian values that Strang writes about in his article.

Bakker is nothing more than a huckster, whose ministry promotes conspiracy theories and materialism. His shady practices target the emotionally vulnerable at ridiculous prices, all to supposedly glorify Jesus (who chose to live in poverty, for what it’s worth). For Strang to defend him tells you more about the depths to which Charisma will sink than anything honest about Bakker. 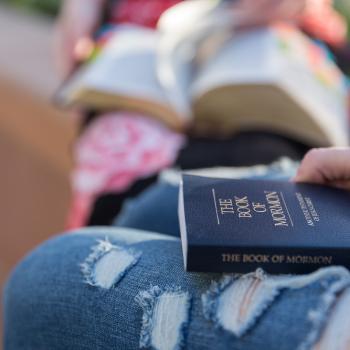 April 22, 2020
The Mormon Church Told a Bishop Not to Report a Molester's Confession to Police
Next Post 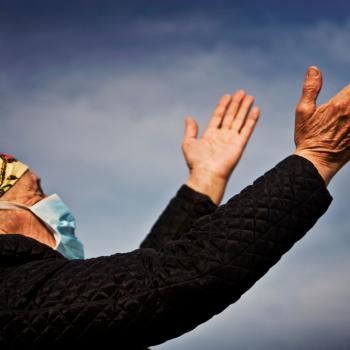 April 22, 2020 Why Doesn’t God Stop the Virus? A Christian "Solves" the Problem of Suffering
Browse Our Archives
What Are Your Thoughts?leave a comment