While organizations left and right are canceling their large events for the rest of 2020 due to COVID-19, one right-wing author just announced a major rally on the National Mall, just before the election, in order to pray for the re-election of Donald Trump. And to commemorate the 400th anniversary of the Mayflower reaching American soil… as if those two events are somehow connected.

Jonathan Cahn, a Messianic rabbi and conservative activist, says “The Return” will occur in Washington, D.C. on September 26.

“This year — 2020 — is crucial, as it leads to a presidential election in which the stakes are higher and the necessity of prayer more critical than before,” Cahn says in a video promoting the event as a photograph of Trump appears on-screen. “And even if the election goes in the direction of biblical values and righteousness, if we don’t see a spiritual turning, an awakening, a repentance, revival, then all the political, legal, judicial, and cultural efforts will ultimately fail or be undone,” he warns.

“We have driven God out of our public life and have called what is good evil and what is sin good,” Cahn said in an Apr. 14 press release. “America’s fall from God is not only progressing — it’s accelerating — to the point that it is no longer just a falling away, but a war against the purposes of God.”

I will never understand how a God that is supposedly omnipotent can be “driven” out of anywhere. Ironically, he’s right that our leaders call evil things good — like keeping refugee kids in cages, cutting the budget for food stamps, ignoring the seriousness of a pandemic for political gain — but Cahn isn’t talking about any of that.

As long as anti-abortion judges are appointed to the bench, and the White House is swarming with right-wing religious leaders — with influence they would never tolerate if it came from any non-Jesus group — these people will allow everything else to slide.

Perhaps more baffling is the idea that the National Mall will be available for this rally in September. It’s currently closed through May 15, though it’s hard to imagine a full blown revivalist demonstration taking place as early as September.

Or maybe it doesn’t matter. Conservatives like Cahn have reached the point where Trump is killing off American citizens — if not shooting them on 5th Avenue, then refusing to take serious action against COVID-19 — and they’re too busy talking about how “pro-life” they are to care.

April 21, 2020
Church Gatherings Are Responsible for More Than Half of Myanmar's COVID Cases
Next Post 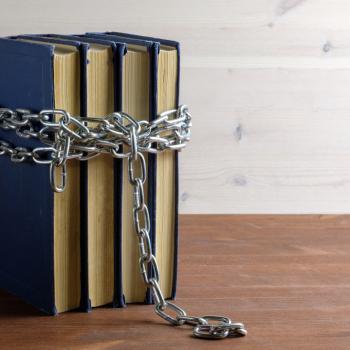