He allegedly backed a church bus in the direction of protester Trey Bennett on Sunday.

I do appreciate how those cops are wearing masks, presumably to shield themselves from the stench of bullshit coming out of Spell’s mouth.

The pastor isn’t the only one in trouble either:

There is also a second warrant out for the arrest of the person driving a white truck that appears to swerve off the road in a separate attempt to hit a protester standing on the side of the road near the church.

“And he [man in white truck] was going very fast. He just pulled over at me and turned into the church. That was much faster than what Tony Spell was doing when he drove the bus at me,” said Bennett.

This is why you don’t let Jesus take the wheel. The faith-based road rage gets out of control.

Spell denied doing anything wrong and blamed everything on the protester, claiming to reporters that he was somehow provoked by a man who wanted to make sure people were safe during the pandemic.

“That man has been in front of my church driveway for three weeks now,” Spell said. “He shoots people obscene finger gestures and shouts vulgarities.”

“I was pulling in from my bus route, picking up black children who haven’t eaten because of this sinister policy that has closed schools,” the pastor said. “I was going to approach this gentleman and ask him to leave.”

Right… Tony Spell’s problem is that he’s just too nice and too not-at-all racist. Even though, as someone who stood in front of a relatively crowded church, “picking up black children” would literally put them in danger too.

For what it’s worth, Bennett says he doesn’t make gestures or shout vulgarities. He just stands there with a poster.

As I said yesterday, Spell doesn’t actually care about his congregation since he’s already making them sick. One parishioner has died. One of his own lawyers is sick. And that’s just what we know so far. It’s about time he was held accountable for at least some of his actions. 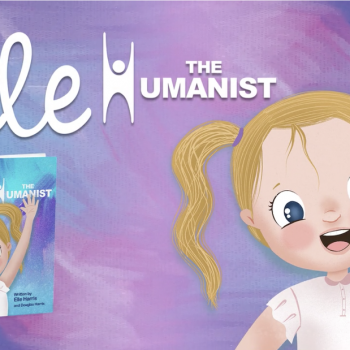 April 21, 2020
Elle the Humanist: An Excellent Guide for Children in Non-Religious Families
Next Post 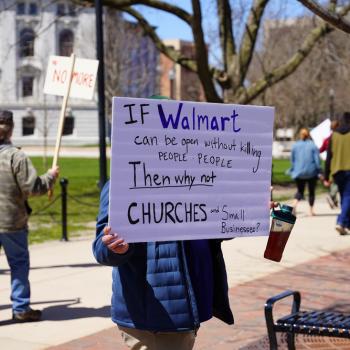