Ark Encounter Ticket Sales Plummeted in March Due to COVID-19

Attendance at Ark Encounter dropped precipitously in March, compared to the same period last year, but at least this month we can attribute that to COVID-19.

The bottom line? Ark Encounter had 15,145 paying visitors in March. That’s a mere fraction of the 70,466 they had last March.

The Ark didn’t shut down until March 17, but it’s clear there was lower attendance in the weeks prior to that, too. Their on-site conferences also had to be postponed. It must be a tough hit for them given that March is when attendance usually ramps up due to Spring Break trips and warmer weather. Most workers at the Ark have also been temporarily laid off.

As thrilled as I am by the low attendance, I can’t even claim schadenfreude here because the Ark is going through what all businesses are going through and everyone’s suffering right now. (It would be so much sweeter if attendance dropped because people saw through the con of Young Earth Creationism. That day will have to wait.) 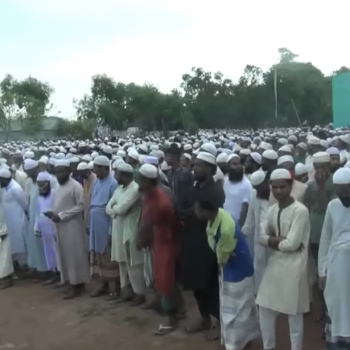