What If COVID-19 Looked Like the Bubonic Plague? What Would Churches Do Then? April 19, 2020 Terry Firma

What If COVID-19 Looked Like the Bubonic Plague? What Would Churches Do Then?

Churchy corona-defiers everywhere are awfully good at detecting and fearing forces (God, Satan, demons, and so on) that no one in their right mind can see. Why can’t they also easily grasp the existence and the threat of the nigh-invisible — but very real — COVID-19-causing virus?

My theory is that it has to do with the disease’s initial lack of gruesome symptoms. I mean, where’s the drama? An intermittent dry cough (audible but invisible), a headache (invisible), some joint pains (invisible), a fever (only sort of visible) — it’s all a little on the underwhelming side, isn’t it? And as soon as a sufferer’s symptoms become conspicuous and scary, he or she is shunted to a hospital ward, maybe an intensive-care unit, where death, if it comes, occurs outside everyone’s view except for the doctors and nurses.

It’s easy — moronic and irresponsible, but easy — to pooh-pooh a deadly disease that announces itself so modestly, almost gingerly (and sometimes not at all, given that many coronavirus carriers are completely asymptomatic).

That got me thinking. 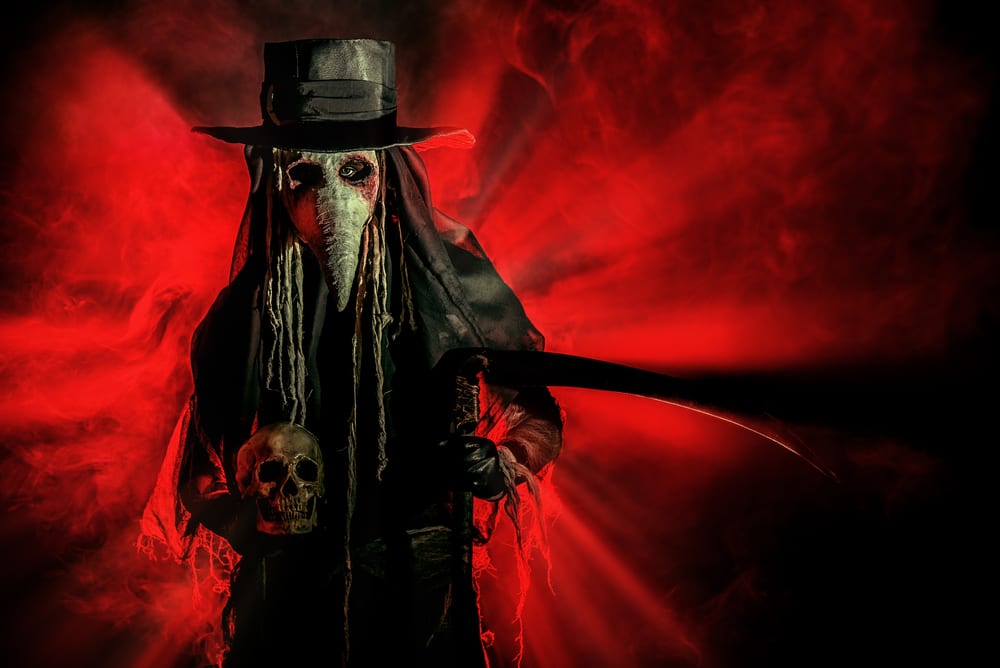 Would the John Greiners and Tony Spells of this world maintain their recalcitrant posture, their I’ll-die-for Jesus-and-I-just-might-take-you-with-me intransigence, if COVID’s symptoms were like those of the bubonic, septicemic, or pneumonic plague?

Imagine people going to church with grotesque swellings under their skin. With blackening, gangrenous fingers and noses. With stinking lesions. Happy about the godly company of their brethren, they approach the congregation as vomit dribbles down their chins, mixing with bloody mucus and with puss from angry facial sores. Through their pain and discomfort, they croak how glad they are to be there, exercising their First-Amendment right to worship freely.

And then they request a laying on of hands, so that the power of the congregation’s belief in the Almighty can heal them.

I can’t know for sure, but I strongly suspect that Greiner, Spell, et al would fold like lawn chairs. They wouldn’t have the stomach for it. They’d cut the grandstanding, the carping, and the bluster about religious liberty. They’d quake in their Bruno Maglis, shut their braying pieholes, and slink home to comply with the government’s public-health directives.

We’d find out exactly what their sacred religious principles are really worth.

I’ve never longed to be inside a church, but I’d pay serious money to witness that scene.

While keeping the state-required distance, of course.

April 19, 2020
Cindy Jacobs: My Prayers Can Bring Dead Animals Back to Life
Next Post