Pastor Tony Spell, the head of Louisiana’s Life Tabernacle Church who has refused to close his church because “True Christians do not mind dying” and who really really wants your stimulus checks, made news for a different reason earlier this month when he hired a legal team to help him navigate the lawsuits coming his way.

One of those lawyers was alleged child molester Roy Moore. He got all the attention at the time, naturally. But also on the legal team was Jeff Wittenbrink, who is making news today for a very predictable reason:

He tested positive for you-know-what.

The lawyer, Jeff Wittenbrink, attended two events at Life Tabernacle Church — an April 2 news conference and an April 5 church service, and has been at Baton Rouge General since Tuesday after progressively worsening conditions, including a high fever and persistent cough, he said.

Reached in his hospital room Thursday while taking oxygen through his nose, Wittenbrink said he did not feel ill during the church events and has “no idea” how he may have contracted the virus.

I swear, this pastor attracts the most ignorant humans…

Wittenbrink told The Advocate that he still supported Spell’s crusade against reality and science.

“I’m very proud of Pastor Spell. I think he’s one of the few people who understands we shouldn’t just throw away our civil liberties without a fight just because there’s some kind of crisis going on,” Wittenbrink said.

Don’t shed too many tears for him. Worry instead about all those gullible members of the congregation who trusted Spell to do the right thing, never understanding that he’s leading them all into danger.

I promise you there will be more COVID-19 cases associated with this church. The question is how many deaths it will take before Spell admits he’s responsible for any of it.

(Screenshot via Facebook. Thanks to Bilkl for the link) 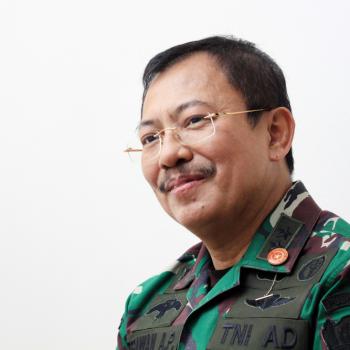