After being arrested for continuing to hold in-person church services at The River church in Tampa Bay, Florida, Pastor Rodney Howard-Browne is using his (now live-streaming) pulpit to preach conspiracy theories.

So even if he can’t hurt people in person, he’s eager to keep hurting them over the internet.

Here’s how he closed Sunday’s Easter service while asking viewers to join him in communion:

“I began to pray to the Lord, I said, ‘Lord, how is it that we can protect the congregation from the stuff that they are bombarded with?’” Howard-Browne said. “If you know anything about the food supply, they’ve got all the GMOs in it … It’s not even a food, it’s a chemical. That is what’s killing our people.”

Without going into all the science of why he’s wildly misleading people, Howard-Browne seems intent on making sure his viewers see science and reality as the enemy. Whatever his complaints, the ideas he’s putting into people’s heads are arguably even more dangerous.

All the more reason to get your medical advice from actual doctors and scientists, not right-wing conspiracy theorists who happen to lead churches. 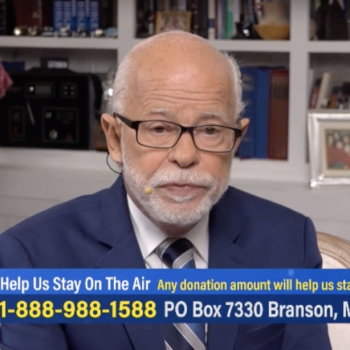 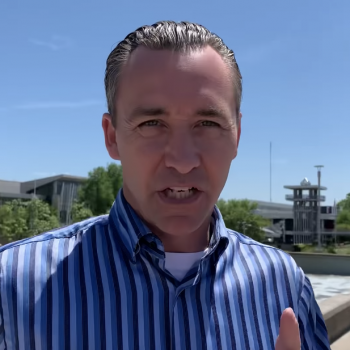 April 16, 2020 COVID-19-Defying Pastor Wants People to Send Him Their $1,200 Stimulus Checks
Browse Our Archives
What Are Your Thoughts?leave a comment