Last August, a federal court blocked a South Carolina school district from including Christian prayers at graduation ceremonies. It was the culmination of a six-year legal battle that could have been resolved much more quickly if the school officials weren’t so eager to push God onto those audiences.

That’s a lot of money wasted because administrators thought schools were churches.

You can read about the lengthy history of the Greenville County School District’s religion problem right here, but the gist of it is that administrators were promoting religion at graduation ceremonies (including by allowing students to deliver the prayers), holding those events in chapels, and urging attendees to participate in the prayers.

U.S. District Judge Bruce Hendricks couldn’t trust administrators to just do the right thing, so last year, she laid out some very specific guidelines for how the District needed to proceed with graduation ceremonies. I’d paraphrase them like this:

1) No prayers can be listed in the official graduation programs. No euphemisms (like “inspirational reading”) either.

I would summarize all that even more succinctly: Formal prayers at graduation are forbidden. And if kids choose to include prayers in their speeches anyway, the administrator better have nothing to do with it.

The school board raised a fuss about the new rules at the time, claiming the rules were unclear, caused “confusion,” and favored secular speech over religious speech — as if religious neutrality was somehow anti-Christian.

In any case, the battle is over. The American Humanist Association won. School officials can drag their feet all they want, but they’re not going to change the outcome.

According to an order yesterday from Judge Hendricks, who lowered some of those attorneys’ costs for reasons explained in her ruling, the Greenville County School District still owes the AHA “$446,466.00 in attorneys’ fees and $9,776.01 for other litigation costs and expenses.”

That’s $456,242.01 that the school district (or at least its insurance company) has to pay because officials couldn’t stop sticking God where He didn’t belong.

In a statement, the district said it would appeal the fees. A spokesperson also acted like the district won something because the judge didn’t give the AHA all the money it requested.

While the Court conceded that AHA was the technical prevailing party and was therefore entitled to a fee award, they stopped short of awarding the full amount…

How’s that for rhetorical flourish? Sure, they knocked us out in the ring, but we got in a jab or two!

The district also said this was always a case about students’ rights:

Throughout this case, the School District has argued that students, like other citizens, have the right to free speech, including that of a religious nature. On this main point, Greenville County Schools successfully convinced the Court to uphold its consistent position on the central issue of protecting student speech and supported the district’ belief that students should be allowed to speak from a religious or secular perspective at a graduation. The School District has and will continue to remain committed to protecting students’ rights to free speech, while remaining neutral to religion.

Talk about shifting goalposts. The district never cared about students’ speech; the reason they got in all this trouble is because they forced Christianity onto everyone. Now that the judge said students have the right to bring up religion but administrators can’t have anything to do with it — a position the AHA also had before this ever started — the district is pretending everyone was always on the same page. That’s a lie.

As for the AHA, no long statement from them. They simply told me this was a “victory for separation of church and state” and that they were “pleased” with the outcome. They should be. It’s a tremendous victory after a lot of work. 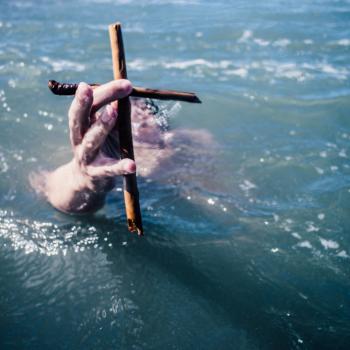 April 15, 2020 Praise the Pandemic: God's Using COVID-19 to "Open Hearts," Says Christian Group
Browse Our Archives
What Are Your Thoughts?leave a comment