According to a bizarre lawsuit against California Gov. Gavin Newsom (below) and other state officials, representatives of three churches are suing in order to open their doors despite the COVID-19 lockdowns. They say the rules banning social gatherings outside of essential services are a violation of their First Amendment rights. 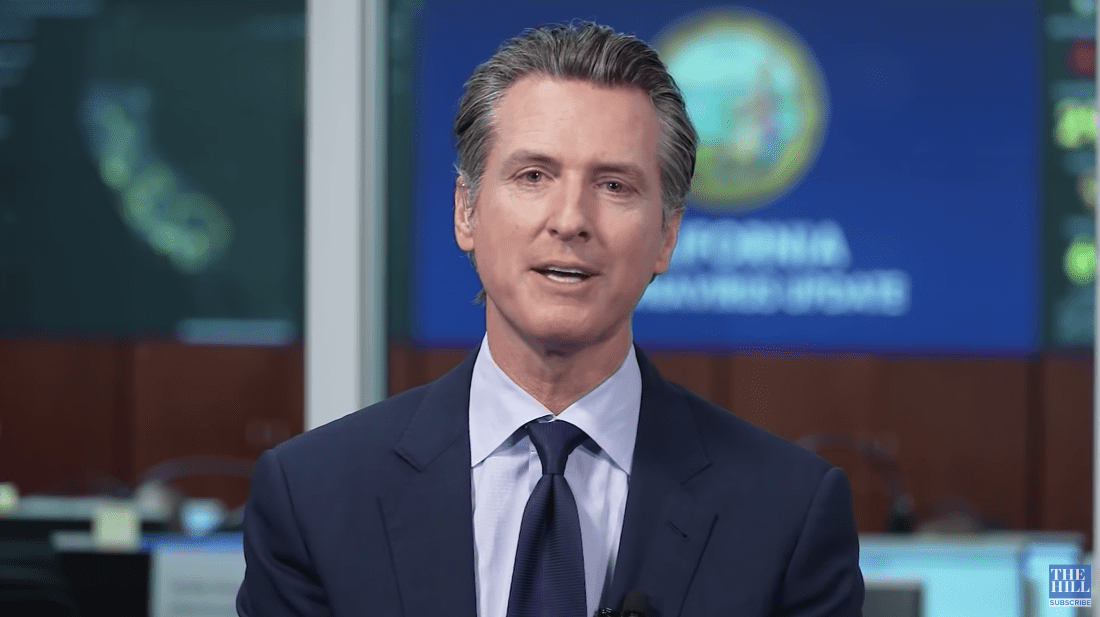 The suit seeks to block Newsom’s month-old stay-at-home order and two county orders designed to slow the spread of COVID-19 by having people mostly stay at home, closing businesses except for those deemed essential and barring group gatherings. The orders don’t list houses of worship among the critical infrastructure where face-to-face contact is permitted.

The church leaders included in the suit say they will maintain social distancing inside their buildings and make everyone wear masks, failing to note that the entire point of the orders is to prevent gatherings, period. The more groups that receive exemptions, the more the virus will spread. More to the point, it’s not like California officials were specifically targeting places of faith.

“The state does not get to dictate the method of worship to the faithful,” said Harmeet K. Dhillon, chief executive of the Center for American Liberty, a California nonprofit organization that filed the suit. The lawsuit argues that the orders are unconstitutionally broad.

“If a Californian is able to go to Costco or the local marijuana shop or liquor store and buy goods in a responsible, socially distanced manner, then he or she must be allowed to practice their faith using the same precautions,” she said in a statement.

By that logic, nothing should be closed at all since everything is essential to someone.

There’s a reason grocery stores, liquor stores, and marijuana shops are exempt. I know conservatives want it to sound like there’s hypocrisy afoot — alcohol is essential, but church is not?! — but there are medical reasons for having those places open for business. Going to your weekly book club is optional; or at least something you can do from home.

Speaking of which, the plaintiffs act like streaming sermons online would be a violation of their religious liberties. It’s in-person or bust! At one point in the lawsuit, which you can read here, it says “As a result of not being able to conduct an in-person church service, Plaintiff [James Dean] Moffatt has been deprived of the opportunity for important cultural, socials, and religious activities, including speech activities pertaining to the coronavirus outbreak and the government’s response.”

Somehow, teachers have found a way around this through online learning. Other pastors have delivered sermons online without a problem. But Moffatt claims “he is required by scripture to baptize individuals, something that cannot be done at an online service.”

These people are so addicted to their mythology, that they would rather create the opportunity for a deadly virus to spread than do what damn near everyone else is doing and just reschedule appointments. No one’s saying Moffatt can’t baptize people. He’ll just have to wait a month or two. Calm down, buddy. It’s not like baptismal pools have an expiration date.

Even if the churches say they’ll separate families and give out masks, there’s no way to verify that’s happening, unless they allow police officers inside their buildings, which I doubt they want.

Dhillon (who works for the Republican National Committee) is a right-winger who just wants to be a thorn in the side of a governor who’s been one of the best in the nation at preventing the spread of the virus, especially given his population. Her law firm seems less interested in the safety of worshipers than the Democratic governor they’re suing.

All of these complaints from Christians have a common theme: God is powerless when it comes to distance. For people who constantly say God is everywhere, they now seem to argue that God won’t listen to them unless they stand near each other inside of a specific building. Their Lord is incredibly impotent.

For the sake of public health, here’s hoping the lawsuit just gets tossed. 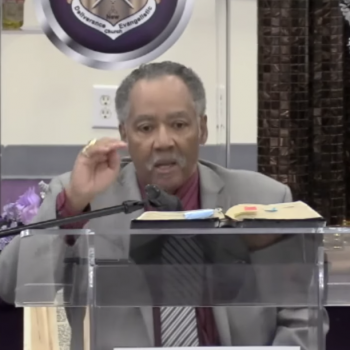 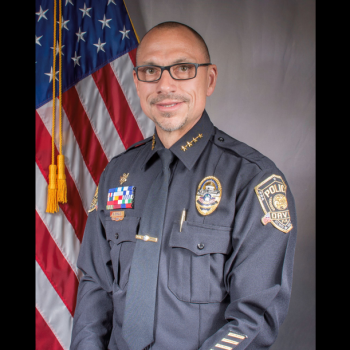 April 14, 2020 FL Police Chief Suspended for Blaming Cop's Death on "Homosexual Sexual Events"
Browse Our Archives
What Are Your Thoughts?leave a comment