Donald Trump said yesterday he would be live-streaming the Easter service conducted by Pastor Robert Jeffress.

Wishing all a safe and blessed Easter Sunday. I will be tuning into Pastor @robertjeffress at https://t.co/roBC6bOARn Church in Dallas, Texas tomorrow morning at 10:20 AM Eastern. https://t.co/wCa7u6qSnl

If that seems like a relatively inoffensive, non-controversial statement from Trump’s account — and I certainly thought that when I first saw it — it’s only because we’ve become immune to just how messed up that statement is. Not just that the president is essentially urging people to watch a Christian sermon, which is a problem on its own, but that he’s praising the work of Jeffress. 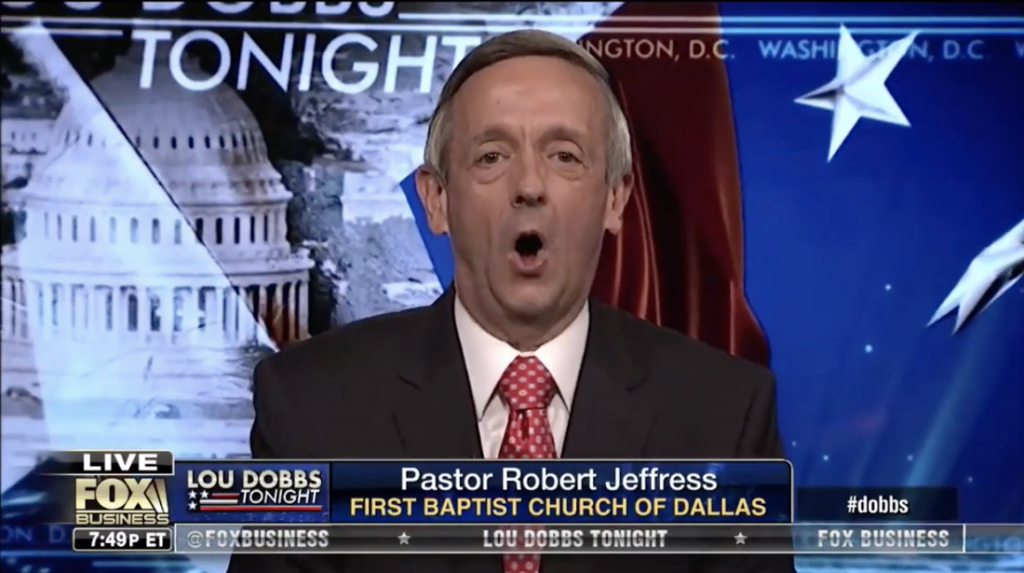 If you watch FOX News or FOX Business Channel, where Jeffress is a constant presence, that’s not surprising. But it should be because he’s just an awful human being.

Jeffress is a guy who has said:

That’s just a sampling. But that guy — that horrible guy — is the one whose Easter sermon Trump thinks is worth listening to. (Or at least pretending to listen to.)

In another era, a president praising someone like Jeffress would’ve been a scandal on its own. It still should be. It’s only because we’re inundated with Republican cruelty and ignorance that Jeffress’ past comments aren’t a bigger story right now.