Why “Sister Death,” an American Nun, Can’t Stop Thinking About Her Demise

I riffed a little on Christianity’s morbid obsession with death yesterday. Funnily enough, just hours after that post went live, the then-unknown-to-me Sister Death showed up in my newsfeed. She’s a former atheist who had a change of heart and joined the Daughters of St. Paul, a Roman Catholic order, as a “#MediaNun.”

Her real name is Theresa Aletheia Noble, but people gave her the slightly gruesome-sounding nickname after she acquired a small ceramic skull as a memento mori (“a reminder of my inevitable death”), placed it on her desk, and began tweeting about the end. Every day.

What I thought would be just a couple weeks of tweeting about meditating on death ended up lasting over 500 days.

Everyone needs a hobby, I guess. 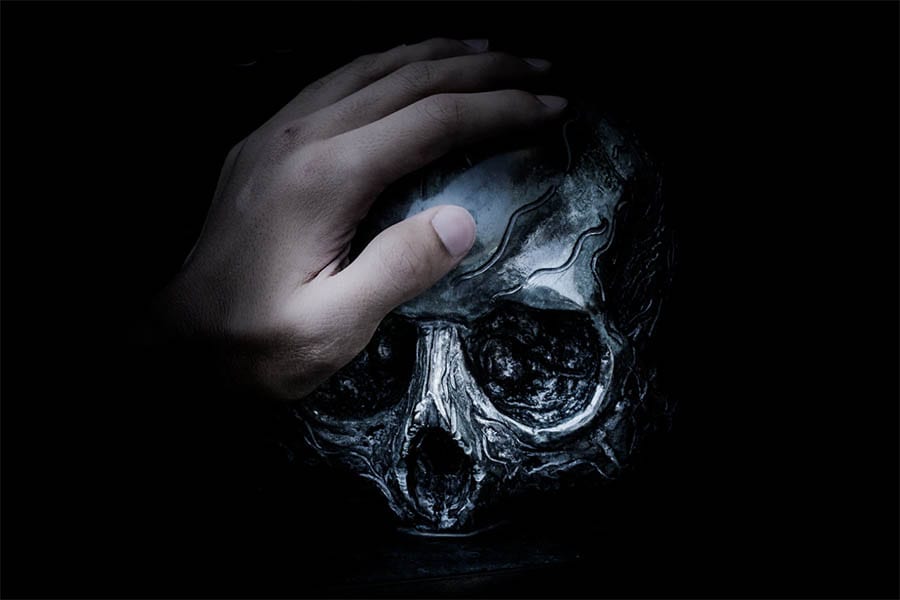 Although overtly pious people easily set my teeth on edge, Sister Theresa doesn’t have that effect on me. I checked out some of her writing. There’s a bounciness to her prose (weird, considering her topic) that grabbed me. I don’t agree with her on most things, but I like her, for what that’s worth.

Still, it’s true that she affirms my opinion that Christianity is an irredeemable death cult (and I didn’t mean that as a compliment). Here she is, a year ago, reminding fellow Catholics how important it is that they think about death daily.

Memento mori, Latin for “remember your death,” has long been associated with the practice of remembering the unpredictable end of life. The spiritual practice of memento mori and the associated symbols and sayings were particularly popular in the medieval church…

And now, Sister Death follows Ignatius of Loyola, which means that she

… imagine[s] myself on my deathbed before making a choice. Doing so has not filled me with fear but rather the opposite. I fear death less and make choices for heaven more.

For about a year when I was 16, 17, I wrote volumes of bad poetry, most of it centered around death. I identified with punk rock — a lot of it beautifully grim and bleak in nature — but I also liked Black Sabbath, Alice Cooper, and other early metal-ish acts who often peddled strangely exhilarating fantasies about sickness, violence, and destruction.

Teenagers going through a phase of hardcore nihilism? Say it ain’t so!

Of course, most of us grow out of it.

That’s not to say that reflecting on the end is useless. I’ve found that judging whether a major current irritant will matter in the scheme of things — a year, 10 years from now, or during my final days on Earth — can be wonderful calming. Similarly, as I get older, I sometimes make big decisions by quizzing myself from a deathbed point of view, asking, in effect, “When I’m near the end and I look back on this moment, will I think I made the right call?”

Maybe that‘s not very different from Sister Theresa’s perspective. But being a grownup and letting the Grim Reaper live rent-free in your head has never seemed healthy to me, especially in the context of a Christian faith that already exalts death and suffering everywhere you look.

Consider: the same site Sister Theresa writes for quoted the preacher of the papal household yesterday, Raniero Cantalamessa, who asked

“What is the surest proof that the drink someone offers you is not poisoned? It is if that person drinks from the same cup before you do. This is what God has done: On the cross he drank, in front of the whole world, the cup of pain down to its dregs. This is how he showed us it is not poisoned, but that there is a pearl at the bottom of it.”

Ugh. Depicting physical agony and death as something beautiful, as a precious gift, strikes me as obscene. I’m reminded of that other Sister Teresa, the purported saint, who withheld standard diagnostic tests from the dying paupers in her care, and who was content to instead treat them with a handful of aspirin or, at best, an injection with a frequently reused needle. How could she be so willfully, damnably ineffective? Easy, she once explained with misty-eyed enthusiasm.

“There is something beautiful in seeing the poor accept their lot, to suffer it like Christ’s Passion. The world gains much from their suffering.”

Peculiarly, when the nun’s own health required attention at the ripe old age of 81, she neither accepted her lot nor surrendered to the lure of a shit-ton of beautiful suffering. Instead, she jetted to California to undergo treatment at the famous Scripps Institute. Five years later, when her heart troubles returned, she assembled a team of doctors at a Kolkata “distinctive super-speciality hospital” known for its cutting-edge medical technology — and also flew in her American specialist just to be on the safe side.

The forked tongue — Do as I say, not as I do — is a regrettable but by no means rare mutation of the Christian anatomy.

But let’s return to the #MediaNun. Her latest piece argues against people like Tony Spell and others who are confident that True Christians don’t fear death. Sister Theresa will allow some fear. She’s all Goldilocks about it though: not too much, not too little.

[B]ecause death is the greatest of evils we should fear it. In fact, courage requires that we recognize that death is fearful and yet nevertheless continue to reason well and to act virtuously in the face of that fear.

I don’t know Sister Theresa in person. She may well be so virtuous as to put Job to shame. I just have to point out that we’ve seen plenty of virtue-signaling, but very little bona fide virtue from the Christians who have populated these pages since the pandemic began.

Like death, fearlessness is not necessarily a desirable state. I wish that prancing zealots like the Tony Spells of this world (and their Catholic counterparts) would be a little more afraid — of their God, of governors and sheriffs and other secular authorities, of public opinion, and of a future where people drown in their own bodies because some jackass with a pulpit decided that demonstrating faith was more important than demonstrating decency.

As with all the paradoxical elements of our faith, we are called to hold together the tensions of multiple truths: that we will reasonably fear death but at the same time embrace the fearlessness that faith affords us. Fear and fearlessness. We cannot have one without the other.

As doublespeak goes, that one’s pretty. “Multiple truths” that are “paradoxical.” I agree on that score.

Try this: Go to church, put nothing on the collection plate, and explain to the priest afterwards that you have given both money and no money. Then add, mysteriously, “You can’t have one without the other.” See how that goes over.

Writing about death is fine. I’m just not ready to hold a funeral for good old logic yet.

April 11, 2020
Right-Wing Pastor: The Role of Elected Officials is "to Point People to God"
Next Post 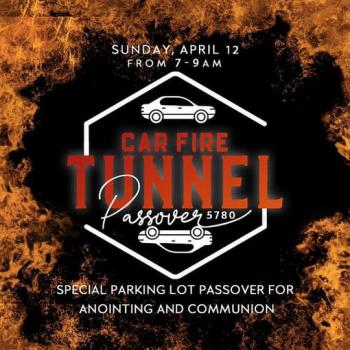 April 11, 2020 Preacher Promotes "CAR ANOINTING FIRE TUNNEL" Because Nothing Matters Anymore
Browse Our Archives
What Are Your Thoughts?leave a comment