With Mike Pence Watching, Dr. Fauci Praised the Dignity of the Gay Community

If you’ve been watching the daily rallies thrown by Donald Trump in the guise of press briefings, then you may have enjoyed watching Dr. Anthony Fauci contradict much of what Trump says with facts and honesty.

The director of the National Institute of Allergy and Infectious Diseases did it again yesterday, but this time, Mike Pence was the one who was showed up. Fauci was talking about how COVID-19 is affecting African American communities more than most, and he compared it to his work with HIV/AIDS in the 1980s. Along the way, he spoke about how the response of the gay community — their “incredible courage, and dignity, and strength, and activism” — helped change the stigma against them.

That couldn’t have been easy for Pence, whose career has been defined by his bigotry against that same group.

Dr. Anthony Fauci: "When all this is over, and as we've said, it will end. We will get over Coronavirus, but there will still be health disparities, which we really do need to address in the African American community."

Fauci gave his address next to Pence, who has long been known for supporting anti-LGBTQ+ legislation and seriously mishandled an HIV outbreak in Scott County, Indiana, back when he was governor of the state. While the HIV/AIDS epidemic continues to disproportionately affect queer Black and Latino men and trans women, with an estimated 38,000 new HIV infections per year, the crisis peaked in the mid-’80s when there were an estimated 130,000 new HIV infections.

Pence’s role as governor of Indiana was a prime example of how poor leadership can make an already bad situation far worse than it needs to be.

While COVID-19 doesn’t discriminate in who it infects, the reality is that it will disproportionately affect minority groups more so than the privileged for reasons that include a lack of access to affordable health care, a need to work even when it may not be medically safe to do so, and an inability to avoid interactions with strangers. If only this administration were willing to make necessary changes in healthcare and the minimum wage, the impact wouldn’t be quite so hard. But Trump, Pence, and the GOP are poised to make the same mistakes they’ve made in the past. 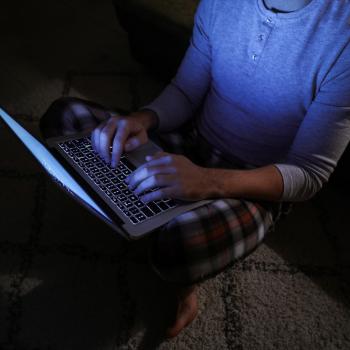