Pastor Tony Spell, the death-loving head of Louisiana’s Life Tabernacle Church, has been refusing to close his church, even hiring alleged child molester Roy Moore as his lawyer.

But for Easter weekend, he plans to crucify his entire damn congregation, along with everyone they come into contact with. He told Reuters in an interview that he’s planning to have 2,000 people in his megachurch on Sunday in order to “stand against the Antichrist.”

“Satan and a virus will not stop us,” said the Reverend Tony Spell, 42, pastor of the evangelical Life Tabernacle Church near Baton Rouge, Louisiana. He expects a crowd of more than 2,000 to gather in worship at his megachurch on Sunday.

“God will shield us from all harm and sickness,” Spell said in an interview. “We are not afraid. We are called by God to stand against the Antichrist creeping into America’s borders. We will spread the Gospel.”

There we go. Spell’s religious delusions could undo all the self-quarantining of millions of law-abiding citizens because he’s too selfish to just live-stream a service. All the more reason to arrest him immediately if he continues to put the public in danger.

Louisiana has a statewide stay-at-home order, but Religion News Service says that it’s unclear if there’s a religious exemption to that rule. Whatever the legal situation is, it’s downright stupid, in addition to dangerous, to gather in public right now, whether it’s at a church, a basketball game, or anywhere else.

But Spell wants to cash in on a day when he thinks he’s the only game in town. He’s using Jesus as a cover to infect scores of believers. If an atheist did what he’s doing, by bringing Christians together in a way that could put their lives in danger, conservatives would call it attempted genocide. When he does it, his allies are citing “religious freedom.”

I suspect he’ll tell the crowd that death is “a welcome friend,” just like he told TMZ. That’s what cult leaders do. This “Branch Covidian,” to quote Joe Jervis, doesn’t care who gets hurt as long as he gets to be a martyr. 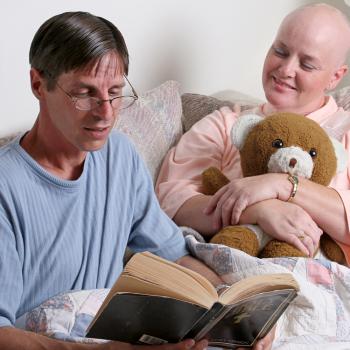 April 10, 2020
Despite Tireless Doctor By Her Side, Woman Thanks Only Her Faith for Saving Her
Next Post 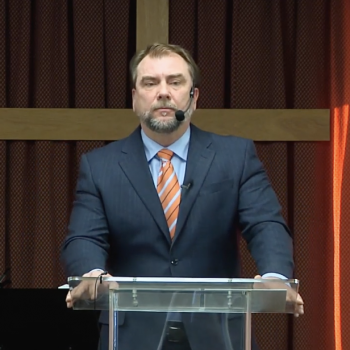 April 10, 2020 Calgary Preacher Fined $1,200 for Defying Safety Orders to Convert the Homeless
Browse Our Archives
What Are Your Thoughts?leave a comment