Pastor Used His Man-of-God Spiel to Bilk Small Investors Out of $500,000

Better to have little, with godliness, than to be rich and dishonest.

Former Pastor Larry Donnell Leonard II, just like many other Christian clergy members, must have somehow skipped that verse.

In a new suit, the federal Securities and Exchange Commission (SEC) charges that the pious Texan and his wife Shuwana defrauded over 500 retail investors, mostly African-Americans with limited funds, to the tune of half a million dollars.

The Leonards first sold bogus stock certificates in Teshuater, a company that bottled and sold alkaline water. Larry Leonard then allegedly tried to raise $20 million by selling a valueless cryptocurrency called TeshuaCoin, which he falsely claimed was backed by Teshuater’s water products. 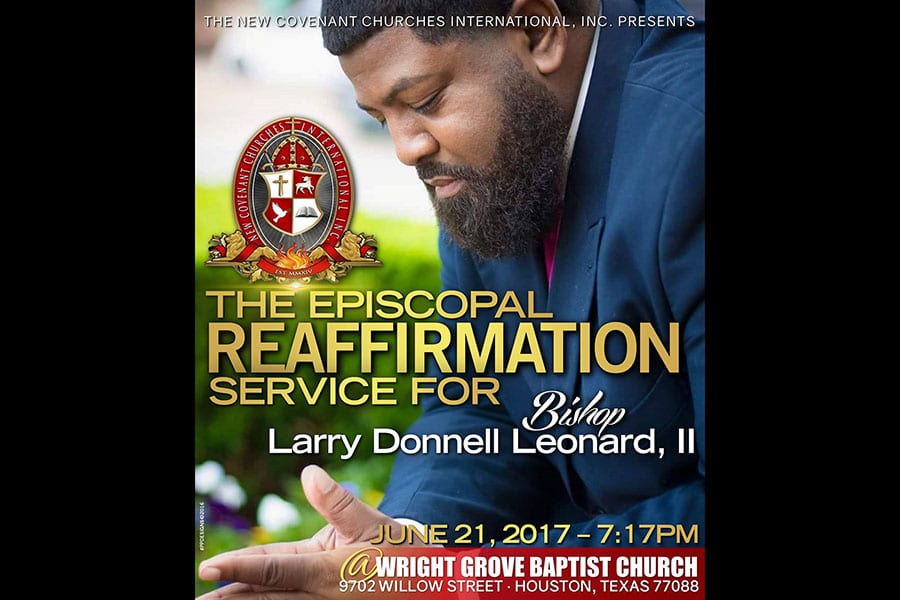 Then, to complete the pyramid of lies,

The man of the cloth, who was the First Presiding Bishop at New Covenant Churches International Incorporated, took advantage of the trust congregants gave him and mercilessly fleeced them.

In its suit, the SEC is seeking

… the disgorgement of all the ill-gotten gains with prejudgment interest, permanent injunctions against [the Leonards], and civil penalties.

On a related note, I once highlighted three cases of dangerous ex-convicts who got jobs as Christian pastors. The trust of their flock was the only protective cloak they needed to rape and murder again; so rape and murder they did. From that perspective, the gullible marks who invested with the Leonards got off easy.

P.S.  Check out this business profile of Leonard from 2017:

“[My parents] have raised me to be a very caring, respectful and honest man. I pride myself in being able to be trusted regarding business.”

If you say so, pastor. 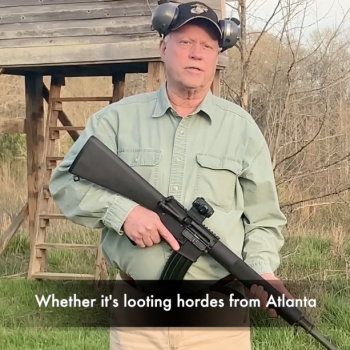 April 8, 2020
GOP Rep. Who Said Evolution Was a Lie "from the Pit of Hell" Wants His Seat Back
Next Post