This past June, Monsignor Bernard McGarty, of La Crosse, Wisconsin, was at it again.

According to the criminal complaint, a woman accused McGarty of offering her money for sex, trying to kiss her and taking her hand and putting it on his genitals outside the La Crosse Public Library.

… asked a Wausau massage therapist to touch his genitals… Monsignor Bernard McGarty, 89, was receiving a massage when he lifted the coverings off his groin and asked the masseuse to rub his genitals. The massage therapist refused and left the room, according to WSAW; she told police McGarty then called her a derogatory name.

Back then, all he got was a disorderly conduct charge resulting in a $250 fine. In the recent case, he was charged with fourth-degree sexual assault — much more serious. Jail time could ensue. But McCarty won’t have to go to court, or to prison. He just got off.

Ugh — let me rephrase that. The case against him was dismissed on Monday because he’s old, claims to be in poor health, and most of all… because of the current pandemic. 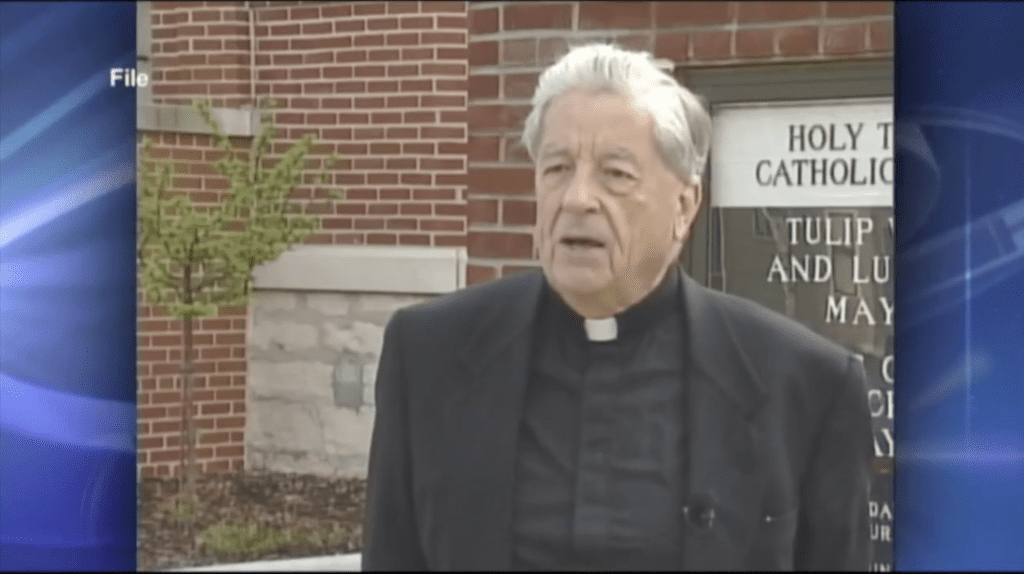 “[G]iven the lengthy delay caused by the COVID-19 pandemic the State feels it is not necessary to pursue this case,”

… explained La Crosse District Attorney Tim Gruenke, who added that he deems the monsignor unlikely to repeat the crime — despite the fact that McCarty clearly has a history of sexual harassment and assault.

The priest also happens to have a grasp of reality that is tenuous at best. Regular readers might remember that in 2012, the old goat penned an astonishing newspaper editorial about how dreadful and bleak the world would be if atheists were in charge.

All of the outdoor lighting of private homes in the city and countryside would be dark, compounding the cold of winter. The symphony would not have a theater with perfect acoustics, such as the house provided by the Franciscan Sisters. If the symphony were to play in a less august space, any of the religious music of Mendelssohn, Mozart, Beethoven, Brahms, Bach, Bizet and Verdi would be offensive to atheist ears. …

There would be no YWCA, no YMCA providing a swimming pool, gymnasium, weight room and other programs. Are atheists getting a free ride on we [sic] believers? …

Do atheists send or receive valentines? Do they sing songs, tell a joke or buy a drink on Paddy’s Day? At Mardi Gras, do they dance? Are atheist children allowed to trick-or-treat or dress in funny costumes? Do they believe in fun?

Bigoted and bewildering. It’s doubtful that the local paper would’ve published McGarty’s bosh if he’d offered a similarly pejorative take on Jews or Muslims. I wrote a brief rebuttal here.

Towards the end of his editorial, the padre charged that atheists accomplish little of note in the arts, since all we have to celebrate is “nothingness.” And he trotted out the verse that is fast becoming my favorite thing from the whole Bible: “You shall know them by their fruits” (Matthew 7:16). 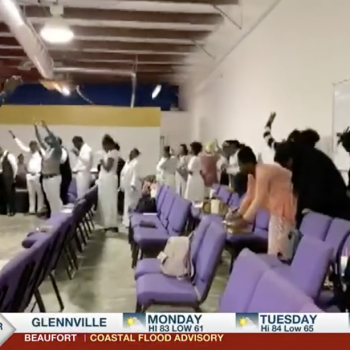