The last time we heard about Cardinal George Pell, last August, he had just been denied an appeal of his sex abuse conviction.

That ruling has now been overturned in a stunning decision by Australia’s highest court.

It was just over a year ago when Pell was sentenced to jail for six years, with no chance for parole for at least three years and eight months, for the child sex abuse he was convicted of back in December of 2018. (Given that Pell faced up to 50 years behind bars — 10 years for each of the five charges against him — he got off easy.)

Still, that was six years behind bars for the highest ranking Catholic leader to be found guilty for child sex abuse — or, as his lawyer callously called it, nothing more than a “plain vanilla sexual penetration case where the child is not actively participating.”

His lawyers argued on appeal that there was no way the jury could have found him guilty “beyond reasonable doubt” because the witness testimony was so flimsy.

Not quite slam-dunk arguments… Pell’s lawyers also argued a couple other technical issues, but they didn’t seem to make much of a difference. The only option they had was asking the High Court of Australia to step in. But that was a long shot.

Or maybe not. Tonight, the High Court of Australia overturned the decision, meaning Pell will be set free. Forget 50 years behind bars. Forget the mandatory six years. Forget the minimum three years and eight months. He’s out.

The decision was unanimous.

The high court found that the jury, acting rationally on the whole of the evidence, ought to have entertained a doubt as to Pell’s guilt with respect to each of the offences for which he was convicted, and ordered that the convictions be quashed and that verdicts of acquittal be entered in their place.

In other words, it wasn’t enough jurors… found the witness believable, compelling and honest. The other evidence should have called his account into question, the bench found.

All that work to convict him… gone. Just like that. After spending just over a year in prison, Pell’s record has been cleared.

April 6, 2020
Please Support the Work I Do Through This Site
Next Post 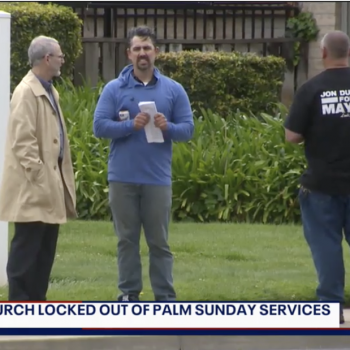