Nothing and no one could make Pastor Rodney Howard-Browne listen to reason.

Tampa officials pleaded with him to close his church, and he ignored them.

News outlets and social media users held him up as a prime example of religious irresponsibility, and he shrugged.

The sheriff’s office threatened his arrest, then made good on that warning, and still Browne vowed that he’d keep gathering the flock at his Tampa Bay temple.

But suddenly the pigheaded pastor has had a change of heart. Alerted to news reports of his dangerous and possibly costly intransigence, the church’s insurance company canceled his policy. And Browne finally bowed his head and announced that he would close the place down for now (it’s all the result of relentless “religious persecution” and “government tyranny,” he continues to sputter). 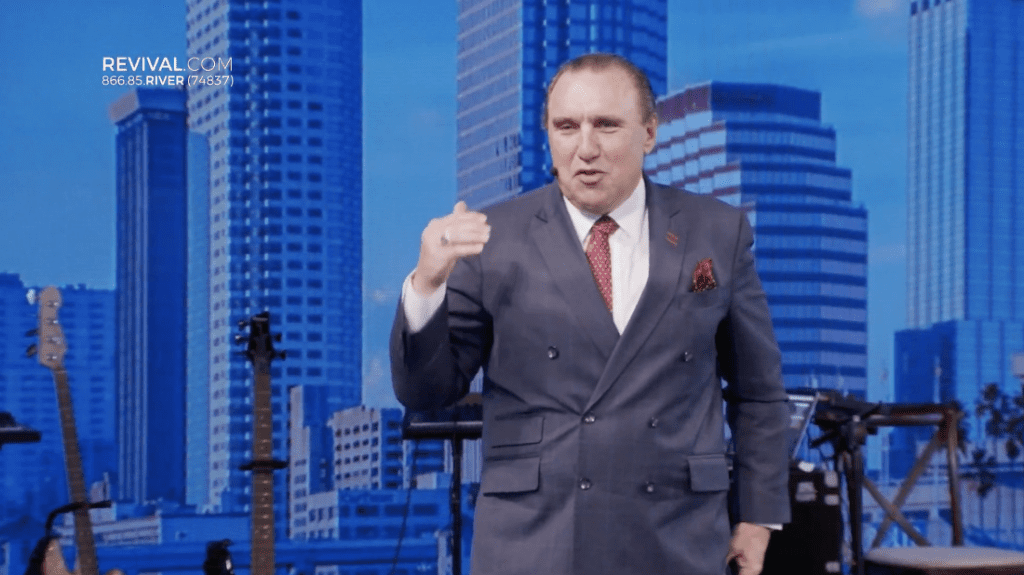 Rodney Howard-Browne claimed that he closed his church to protect his congregants from "government tyranny." Could the fact that, as RHB's attorney Mat Staver revealed yesterday, the church had its insurance canceled have played any part in that decision? pic.twitter.com/bEBbkswTah

Speaking in a Facebook Live video Thursday, [Staver] admitted that the arrest of his client earlier this week by Hillsborough County Sheriff Chad Chronister caused the evangelical pastor’s insurance to be canceled.

“On Monday, the sheriff held this circus of a press conference and frankly lied to the American people and around the world,” said Staver. “Defamed this pastor, put him at risk, painted a target on his back — on the back of the church. Ultimately resulting in death threats, even the cancellation of insurance by the insurance carrier. This has got to stop.”

Side note: If Browne’s belief in God’s providence is genuine, why does he even worry about insurance? I’ve always wondered the same thing about lightning rods on churches. It all betrays a certain lack of confidence on the part of the in-God-we-trust crowd, doesn’t it?

Browne says he’s toying with the idea of reopening his church for Easter, next weekend, but apparently that hinges on whether State Farm or Liberty Mutual — not the Almighty — promises to protect him.

April 5, 2020
Louisiana Pastor Opens Church to 27 Busloads of People to Fight "the Antichrist"
Next Post 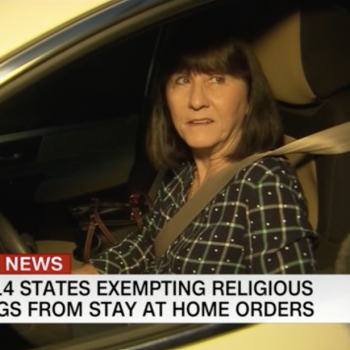 April 5, 2020 Some Christians Are Still Going to Church, Citing Protection by "Jesus' Blood"
Browse Our Archives
What Are Your Thoughts?leave a comment