He’s already been charged with six misdemeanors, but none of that is getting in the way of cashing in on Jesus and his own supposed martyrdom during a pandemic.

Spell, 42, who plans to hold three services at his 1,000-member Life Tabernacle megachurch in a Baton Rouge suburb on Palm Sunday, has defied state orders against assembling in large groups…

“The church is the last force resisting the Antichrist, let us assemble regardless of what anyone says,” he said.

Spell appeared on CNN this morning and said he planned to bring in 27 busloads of people for today’s services.

He says in that interview that he “believes the science” — uh-huh — but that he has “a command from God, and there are no governing bodies that can tell us we cannot worship and gather freely.” He sees this as a religious freedom issue, not a my-pastor-has-created-a-death-trap issue.

More people will suffer because they foolishly chose to accept Spell’s version of Christianity. And unfortunately, their theological virus will make them more likely to catch the coronavirus, which will then spread throughout their families, their communities, and beyond.

We are all worse off because of their religious delusions.

(via Joe. My. God. who is brilliantly referring to these still-open churches as “Branch Covidians”) 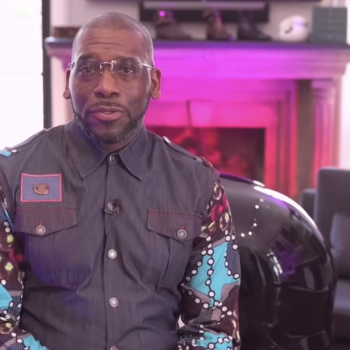 April 5, 2020
GA Church Planned to Charge Members For COVID Test That, By Law, Should Be Free
Next Post