In 2018, the Freedom From Religion Foundation won a major lawsuit against the state of Texas.

You can read all the details here, but the brief summary goes like this: Because there was a Nativity scene in the Texas State Capitol in 2015, FFRF applied to put up their own display. It was a “secular Nativity” featuring the Bill of Rights, three Founding Fathers, and the Statue of Liberty. There was also a sign that wished everyone a “Happy Winter Solstice.”

FFRF eventually sued over the “unambiguous viewpoint discrimination,” and in June of 2018, after a lot of legal back and forth, the judge ruled in favor of the atheists. If there was an open forum in the State Capitol, the atheists had every right to put up a display there.

Abbott, however, had no desire to let the law get the best of him. He filed an appeal along with the executive director of the Texas State Preservation Board. He argued that the district court didn’t have the proper authority to decide this case.

Yesterday, the Fifth U.S. Circuit Court of Appeals ruled, thankfully, in favor of FFRF. Not only was the decision unanimous, and not only did the judges say the lower court had the right to decide the case, the judges told the lower court to “issue a more expansive remedy to protect FFRF’s right to place displays in the future and to ensure a similar constitutional violation cannot happen to other organizations.”

“It’s highly gratifying to win our court battle in FFRF v. Abbott,” says FFRF Co-President Annie Laurie Gaylor. “Free speech — even for the atheists Abbott reviles — is alive and well in Texas, despite the governor’s attempts to malign, censor and exclude nonbelievers.”

The district court is now tasked with deciding whether Texas’ rules governing displays in the Capitol leave so much room for discriminatory censorship that they must be scrapped altogether. Citing prior decisions, the 5th Circuit warned that any government regulations on speech must “provide adequate safeguards to protect against the improper exclusion of viewpoints.”

This was always an ignorant challenge from an ignorant governor, but the right side won once again. Should make for some interesting displays in the Capitol later this year.

April 4, 2020
Atheist Loses Appeal Against “So Help Me God” Phrase in Citizenship Oath
Next Post 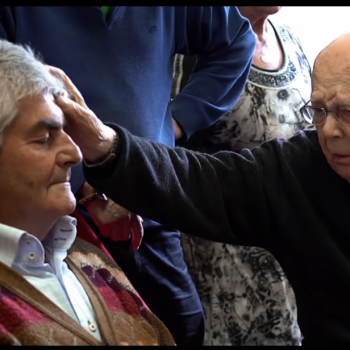