Dress Up and Don’t Nag: Malaysia Apologizes For COVID-19 Tips on Wifely Behavior

The posters suggested ways for women to modify their behavior to better please their husbands.

One poster chided women to avoid nagging, instead advising gentle humor, girlish giggling, and “a Doraemon-like voice”. (Doraemon is a robot cat from a Japanese children’s cartoon, and you can hear one woman’s attempt at imitating his voice here.) 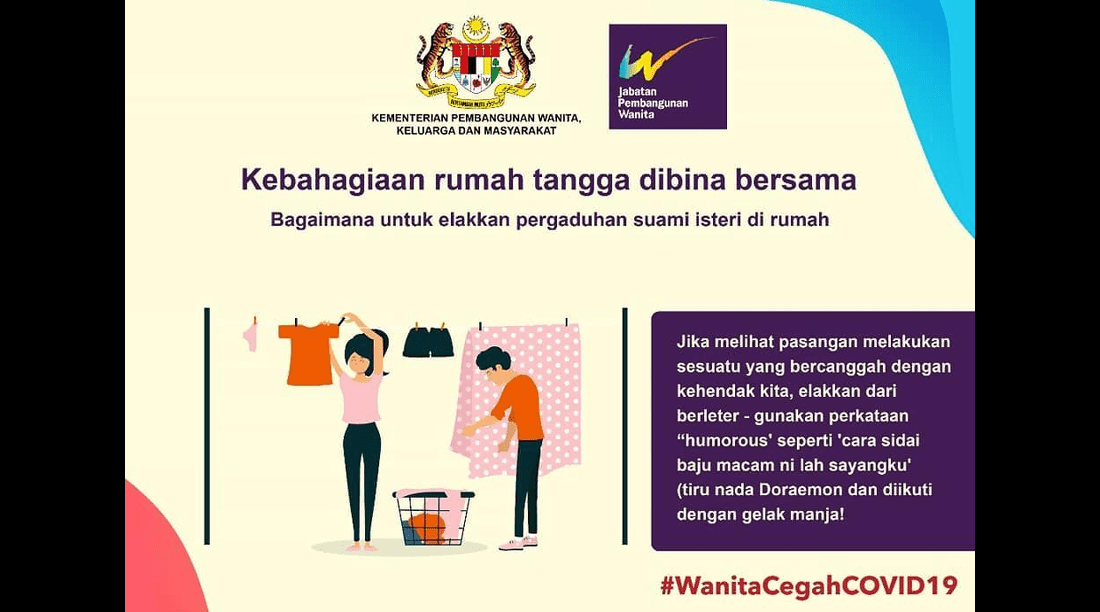 Another warned them to keep themselves looking neat by wearing makeup and avoiding casual dress — which, setting aside its sexist focus on appearance, is particularly impractical advice for parents of young children whose day-to-day workplace activities don’t typically involve child care.

Ads also advised women to count to twenty before responding to their husbands in anger… but similar advice for husbands was not forthcoming.

That’s a bit rich considering the increase in domestic violence against Malaysian women since measures to limit the spread of COVID-19 came into effect. Government helplines for abuse victims report sharp increases in the number of calls they’ve received — in some cases, more than double.

Public response to the posters was swift and unfavorable. A spokesperson from All Women’s Action Society (AWAM) published a series of tweets explaining the inappropriateness of focusing on women’s fashion choices during a pandemic:

While dressing up to work is one way of maintaining discipline and a [routine] while working from home, the focus on look, dress, and makeup is absolutely unnecessary. [. . .] Women have more than enough to do during the MCO without the added pressure of putting on makeup and looking good.

Women have the right to speak up about how they feel without having to be labeled as nags, and certainly without needing to stoop to becoming cartoon characters.

Messages like those spread by the posters inform society’s expectations for women’s behavior, leading men to react negatively — even violently — when the women around them don’t behave as advertised.

Our approach was to share ways and practices to maintain positive relationships within the family while working from home. Our team shares daily tips and positive messages on social media in line with our #WanitaCegahCovid19 [Women Prevent COVID-19] campaign that covers different themes and the goal is to share the information among women.

We would like to apologize if several tips were inappropriate or if they touched on the sensitivities of certain groups. We will be more careful in the future.

The statement veers dangerously close to a “sorry you were too sensitive” non-apology, shifting the blame to the people offended, rather than those causing offense. Malaysian women online rightly described it as “gaslighting.”

Maybe that’s the best we can expect from a ministry that genuinely saw nothing wrong with discouraging domestic violence by telling women to be more docile and self-effacing without ever bothering to tell men not to hit their wives. 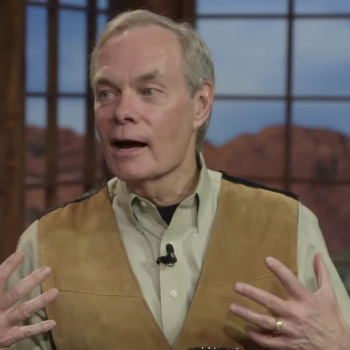 April 2, 2020 Preacher: God Will Save Us from COVID-19 by Turning Off Our Virus Receptors
Browse Our Archives
What Are Your Thoughts?leave a comment