Doctors Need COVID-19 Blood Antibodies, but Still Have to Turn Away Gay Donors

***Update***: Today, the FDA announced it would loosen its restrictions on gay donors because of the “urgent need” for blood. Now, men who have sex with men have to abstain for only three months (90 days) instead of 12 months.

It’s some of the most exciting news we’ve had on the COVID-19 frontlines: Medical researchers are studying an experimental treatment that uses blood products from recovered COVID-19 patients to help those still ailing to beat the disease. 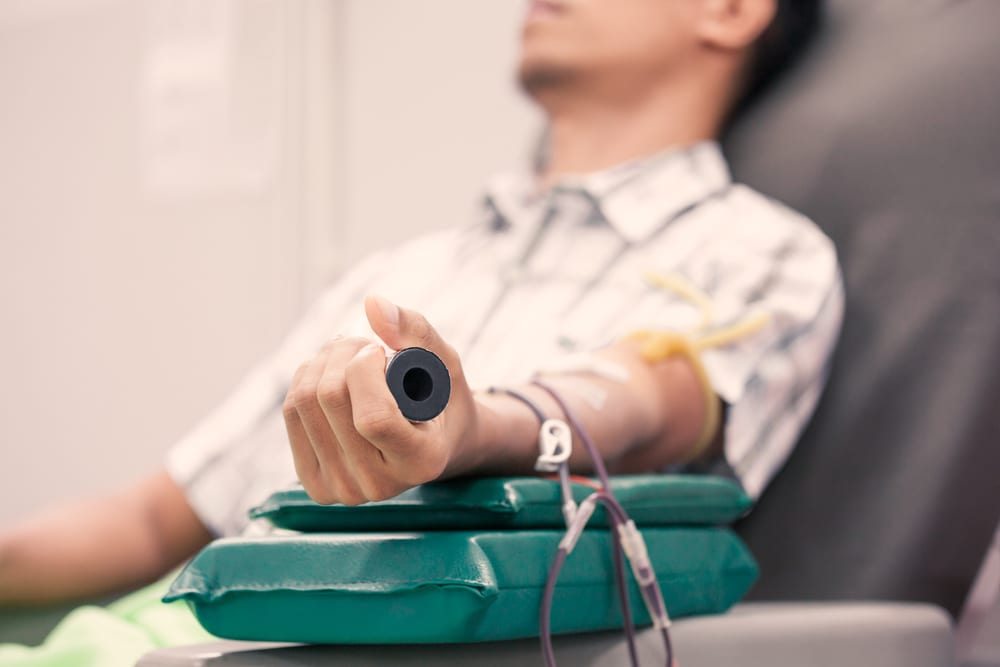 Dr. Florian Krammer, a virologist at New York’s Mount Sinai Hospital, developed a test to evaluate immune response in those who’ve healed from COVID-19. According to Dr. Kramer:

Our test can pick up the body’s response to infection as early as three days post-symptom onset and it could help locate survivors who are ‘hyper-immune’. Those people could then potentially donate their convalescent plasma to help very sick COVID-19 patients in intensive care units to help boost their immunity.

While the convalescent plasma treatment hasn’t been tested in proper clinical trials, preliminary findings from China have been promising; patients who were in critical condition before treatment began to recover after receiving plasma transfusions.

Currently, medical staff are trying to find recovered patients with a high antibody count and a willingness to donate plasma. Those with the most robust immune responses might be able to supply more than one patient with potentially lifesaving antibodies.

Here’s the problem, though: Even in a time of crisis, and in spite of the relative rarity of appropriate donors, hospitals are still required by law to turn away gay men who want to give blood.

That’s what happened to Sabri Ben-Achour, who told his story to NBC News after he was told he would not be eligible to donate because he was gay and using PrEP (pre-exposure prophylaxis) to protect himself from HIV:

His blood had a ‘robust’ level of antibodies and the Mount Sinai doctors wanted him to donate his blood as quickly as possible so his plasma could be extracted… But just a few hours before his appointment, he said he received a call from Mount Sinai saying, “Actually, you’re not going to be able to donate because you are on Truvada.”

Ben-Achour, who is gay and HIV-negative, daily takes a Truvada pill, also known as pre-exposure prophylaxis or PrEP, to protect himself against HIV infection. PrEP users take an HIV test four times a year to verify that they are still HIV-negative, which is a prerequisite for a Truvada prescription.

Ben-Achour asked if he could stop taking Truvada for a month and then donate his antibody-rich plasma, but he was told no: in order to donate any blood byproducts, he would have to both stop taking Truvada and — as is the policy for all men who have sex with men — abstain from sex for 12 months.

PrEP is generally effective at preventing HIV infections, but a breakthrough infection is possible. And it is possible for PrEP to suppress viral replication to such an extent it can’t be detected in an HIV test. But the American Society of Hematology calls that “a rare circumstance.”

As for the blanket restriction on men who have sex with men, those guidelines grew out of blanket policies put in place at the height of the AIDS epidemic, when the disease was poorly understood and difficult to detect. They are based more in fear and prejudice than science and reason, says Dr. Chana Sacks:

[The gay donor] has been told unequivocally that the medical community sees his blood as unclean, not because of high-risk behavior but because of the sex of his spouse.

In the current pandemic situation, lawmakers have begun to recognize the urgency of life-saving changes to the system. Senators have responded to a quarantine-related blood shortage by calling on the FDA to “shift away from antiquated and stigmatizing donation policies.”

A time-based deferral policy is not scientifically sound, continues to effectively exclude many healthy gay and bisexual men, and does not meet the urgent demands of the moment.

That was true even before doctors learned that survivors’ antibody-rich plasma could potentially save the lives of COVID-19 patients. Now that the possibility is being actively researched, it’s outright horrifying.

The unscientific myth that gay blood is dangerous needs to die, so sick and injured people can live. 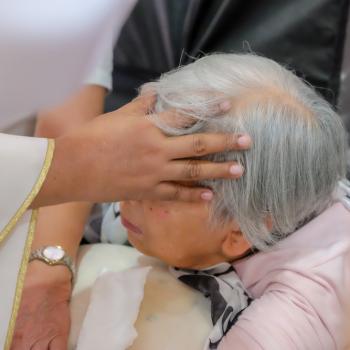 April 2, 2020
In the COVID-19 Era, Why Don't Priests Use Technology to Minister the Flock?
Next Post