Here’s some good news in the midst of our national chaos.

It starts with a question: Who has legal authority to perform a wedding ceremony?

In most states, the answer includes certain government officials like judges (if you’re getting married in court) or religious ministers. It’s not like your best friend could pronounce you man and wife and have it “count.” (Well, they could do it, but someone else would have to sign the paperwork later.)

Some people have gotten around this problem by getting an instant online “ordination” at places like the Universal Life Church, but that only highlights a discrepancy: Someone who pays a few bucks to become a “minister” online has the legal right to solemnize your marriage, but someone who goes through a non-religious training course to provide the same ceremony does not.

For the past several years, atheists have been trying to change their states’ laws to permit “Secular Celebrants” to perform wedding ceremonies. After a lengthy legal battle in Indiana, they won that fight in 2014. Last year, after an attempt at a legislative fix didn’t work, they won a legal battle in Illinois. The question is still up in the air in Ohio, where a bill to change the law didn’t go anywhere in 2017. A similar bill successfully passed in Oregon last year. Texas, unfortunately, allowed the ban to remain in place last August.

But in 2018, another legal battle began in Michigan.

The Center For Inquiry claimed that the state’s law, Chapter 551.7, was unconstitutional because it bestowed “exclusive authority to solemnize marriages to religious ministers, while denying that authority to Secular Celebrants.”

The plaintiffs included Jennifer Beahan (program director for CFI Michigan) and Ed Brayton (a fellow Patheos blogger). Both were certified secular celebrants. As the lawsuit pointed out, there were couples who wanted them to perform their ceremonies… but Beahan and Brayton didn’t have the legal authority to do it. The lawsuit also noted that both Beahan and Brayton wrote their state representatives to change the law, but no action had been taken. No bill had even been introduced.

They were suing Lisa Posthumus Lyons, the Clerk of Kent County, for blocking their attempts at solemnizing weddings, though she herself was just following the law as written.

So what’s the good news in all this?

The state, now under Democratic control, has dropped its opposition to the lawsuit, basically saying Secular Celebrants are already covered by existing law. The fight is over. (The down side, of course, is that since nothing changes, a different administration may disagree on its interpretation of the current statute.)

“What’s most important here is that Michigan couples with a secular worldview now have the same right as any religious couple: the right to have their weddings officiated and solemnized by someone who represents their deeply-held beliefs, and not feel they must settle for a government-appointed functionary or someone with a mail-order ordination” said Nick Little, CFI’s Vice President and Legal Counsel. “One quarter of Michigan’s population is religiously unaffiliated, and for their state government to finally acknowledge that they, too, deserve equal marriage rights is a genuine victory.”

“We would have far preferred an affirmative decision from the court indicating that it was unconstitutional to deprive secular celebrants the right to solemnize marriages in Michigan as a future state administration could enter office and decide that secular couples are not guaranteed the same rights as those who are religious. However, we are excited that this administration has stood behind its secular citizens and ended this wrong-headed policy,” added Little. “We will continue to monitor this issue very closely, and if our community is diminished by state officials again, we will respond accordingly.”

As I’ve said before, there’s no reason solemnizing a marriage should be open to religious leaders but not non-religious ones. In the case of Secular Celebrants, who obtain that title through training, it makes even less sense.

This may be a victory by surrender, but it’s still a victory. 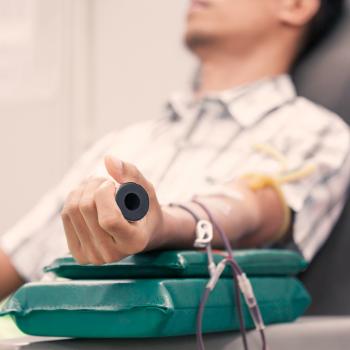 April 2, 2020
Doctors Need COVID-19 Blood Antibodies, but Still Have to Turn Away Gay Donors
Next Post 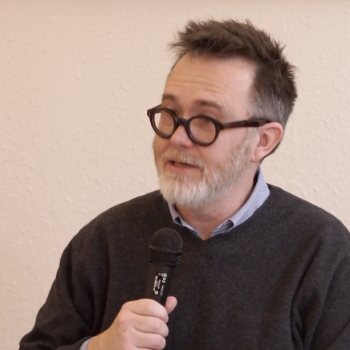