At some point I’ve probably sighed, hyperbolically, that religion will be the death of us. The thought that this could one day literally be true hadn’t occurred to me until recently.

But the facts are undeniable. In the midst of the corona-crisis, almost one in five religious Americans say they’ll continue to gather with other believers. Devout deniers and defiers congregate at their places of worship by the millions, despite what the authorities tell them, and for a variety of reasons. Some say the virus is a test of their faith. A subset is afraid of what God will do to them if they don’t go to church or even hold mass prayer meetings. Others, I surmise, are just succumbing to peer pressure from their fellow believers. Legions, like these Muslims, are end-timers who welcome the virus because huzzah!, the Almighty is about to wipe out teh gay, and atheists, and other sinners.

All of them are behaving contemptibly to varying degrees, but with no difference in outcome. If they become contagious (many already have), the consequences aren’t limited to the risk-taking faithists themselves. The virus — agnostic, non-denominational, deadly — jumps from host to host, from town to town, from region to region, infecting and killing people willy-nilly. Today, we have roughly a million confirmed cases worldwide, and in most countries the curve is still in its early stages.

Not to put too fine a point on it: Truculent congregants are inadvertently but inevitably becoming super-spreaders. 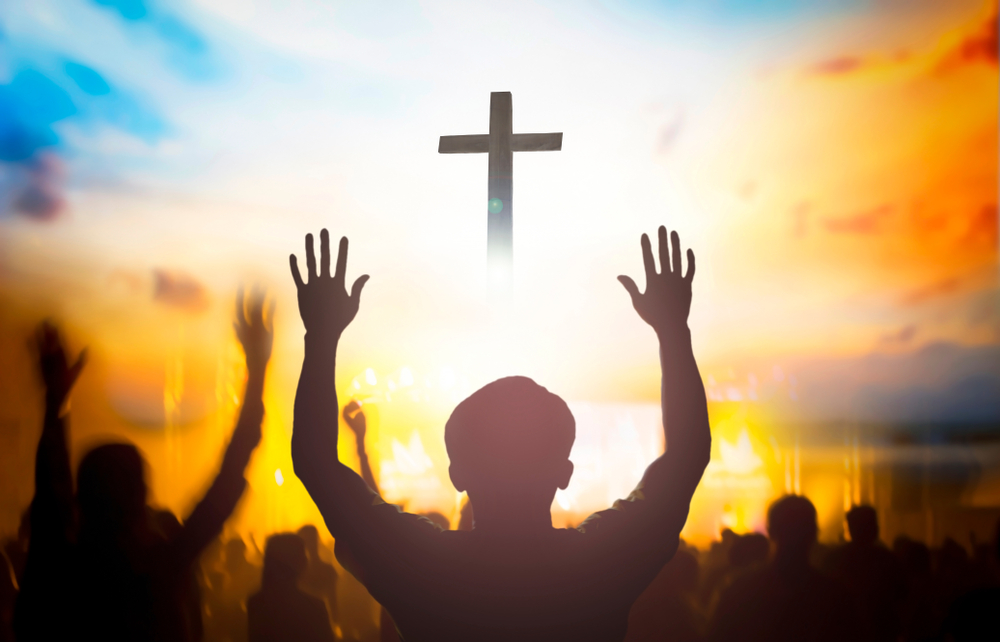 So now I have a question. Is there a difference between believers’ decision to attend religious services and attempted genocide?

The accusation won’t quite fly, I concede; the word “genocide” implies intent.

OK. Let’s think about this. We could change the charge to whatever the word is for “the accidental manslaughter of multitudes of others.” But “accidental” is also a misnomer. Surely people who blithely carry on without practicing physical distancing do understand, or should anyway, the outsized risk they pose to others. There’s little that’s accidental about their going ahead regardless.

Having considered the question, I submit that “depraved-heart mass murder” best fits the bill.

… where an individual acts with a “depraved indifference” to human life, and where such [an] act results in a death, despite that individual not explicitly intending to kill. In a depraved-heart murder, defendants commit an act even though they know their act runs an unusually high risk of causing death or serious bodily harm to a person. If the risk of death or bodily harm is great enough, ignoring it demonstrates a “depraved indifference” to human life.

That sums it up almost perfectly for me, except that there isn’t just a single victim here. There already are, or soon will be, tens of thousands.

In due time, and considering the exponentially rising body count, will any of the congregating god lovers be held accountable in a court of law?

In a rational world where religious liberty does not supersede everyone else’s right to stay alive, they would be. Should be. So the answer is no. In the United States at least, not only will they get away with their remarkable, quite open displays of depraved indifference; but once the COVID crisis subsides, the survivors among them will continue pretending to be upstanding human beings on the basis of the same faith that had them killing others.

I also predict that hardly anyone will call them on it. We’ll bury our dead, and there’ll be great pressure to assent that bygones are bygones. Prosecutors and judges will look the other way. Opinions such as this one will be ignored, or declared hostile and extreme (I confess I’m currently guilty of the former).

The only savoring that you and I can look forward to is when we occasionally remind ourselves that we saw the churchy virus-spreaders in all their moral nakedness.

• When we beseeched them to stay home, to isolate, to for once go beyond thoughts and prayers and do something provably beneficial and fairly simple for all of humankind, they failed.

Criminally so, in my book.

If none of them go to jail, and if (per their claims) god = justice, this alone is proof positive that there is no god.

I don’t know about you, but I had a vague hunch all along.

P.S.: To be clear, I feel the same way about spring-breakers, ship-snappers, toilet lickers, and coronavirus partiers, regardless of their religion or absence thereof.

P.P.S.: I’m currently in the middle of reading C.S. Lewis‘ Mere Christianity, and I just landed on the passage where he exalts a divine force for

… “[something] which appears in me as a law urging me to do right and making me feel responsible and uncomfortable when I do wrong.

I wonder what he would make of today’s Christians who kill — with arrogance and nonchalance, rather than with kindness. 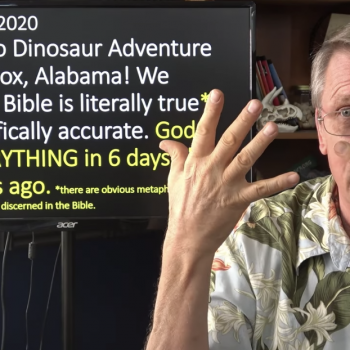 March 31, 2020 Creationist Kent Hovind on Boy Who Drowned at His Park: "Kids Do Dumb Things"
Browse Our Archives
What Are Your Thoughts?leave a comment