Politicians in New York know they have to tread carefully to avoid angering orthodox Jews, a powerful voting bloc. The kowtowing and under-the-rug-sweeping have at times been disgraceful, but life in the time of COVID-19 is different.

An exasperated New York City Mayor Bill de Blasio is now throwing caution to the wind — and laying down the law. 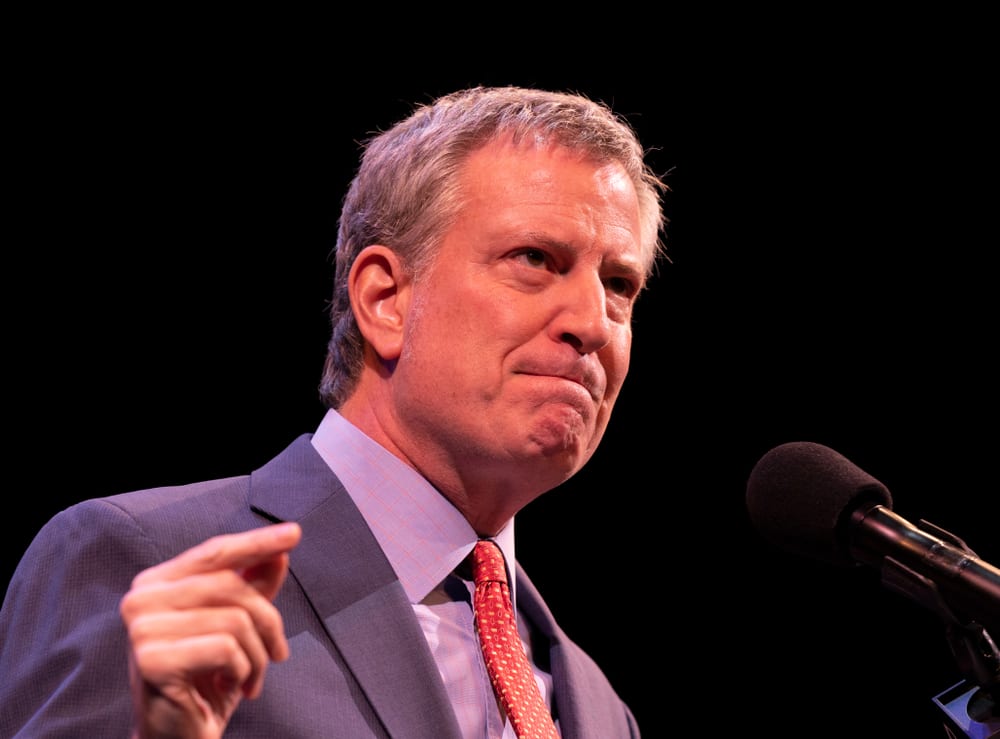 While the majority of synagogues have closed in accordance with city orders aimed at slowing the spread of coronavirus by limiting social gathering, others have stayed open.

De Blasio warned the Jewish community that synagogues that continue to defy coronavirus regulations and hold services will be permanently shut down.

(Actually, the correct verb is probably may. May be permanently shut down. Read on for more.)

Hizzoner made it clear that he was talking about a minority of deniers and defiers.

“We’ve had extraordinary, across the board, rabbinical support from all the different elements of the Jewish community. A small number of religious communities, specific churches, specific synagogues are unfortunately not paying attention to this guidance, even though it’s been so widespread.”

He added that his police officers have instructions to break up services. If the faithful do not comply, the city

… “will take additional action up to the point of fines and potentially closing the building permanently.”

De Blasio wasn’t singling out Jews: Christian worshipers can expect the same treatment as well as the same consequences, he said.

His tough talk had the reliably insufferable Todd Starnes in high dudgeon:

There’s no doubt that churches should take reasonable precautions to protect their congregations. It’s prudent to cancel services or move to online worship. But the government has no right to dispatch “enforcement agents” to literally shut down houses of worship in the name of public safety.

To put this in perspective, if we widen our view to the state level, Starnes is complaining about a state that currently accounts for almost 10 percent of confirmed COVID-19 cases worldwide. Especially in an area that hard-hit, what greater imperative than public safety is there?

Starnes ought to keep in mind that literally no one is being prevented from practicing his or her religion. People can read their holy books as much as they like, pray the way Jesus told them to (that is, in private), seek the company of fellow believers via Zoom and FaceTime, proselytize via YouTube and social media, and so on.

But for now, with tens of thousands of lives at stake, yes, city authorities are well within their legal and moral right to enforce the suspension of public religious services. The faithful aren’t being singled out; all secular events involving the gathering of more than 10 people have been put on hold too, and for good reason.

Too many religious people apparently believe that their faith should excuse them from any responsibility for the health and well-being of their fellow citizens. De Blasio says it isn’t so. Good on him. 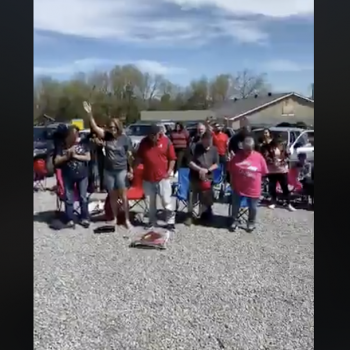 March 30, 2020
An Outdoor Church Service Backfired When People Got Out of Their Cars to Worship
Next Post 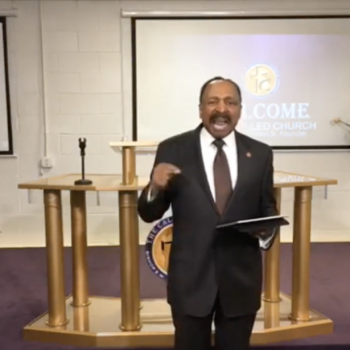 March 30, 2020 E.W. Jackson: If People Believe in God, They "Don't Have To" Catch COVID-19
Browse Our Archives
What Are Your Thoughts?leave a comment