Jerry Falwell, Jr. Lied About Who Supported His Decision to Re-open Liberty U. March 29, 2020 Hemant Mehta

Jerry Falwell, Jr. Lied About Who Supported His Decision to Re-open Liberty U.

How does Jerry Falwell, Jr. always manage to make every situation worse?

The latest disaster of his own creation is the inevitable spread of COVID-19 by telling students Liberty University is back open. 1,900 students are back on campus, which is bonkers even if they’re supposedly trying to keep their distance from each other. Faculty members were told to teach online classes from their offices and hold office hours with students. And all of this was happening despite Liberty having the resources to go fully online for everyone.

It’s so bad that one faculty member (who’s transferring schools at the end of the year) had to publish an open letter in the media calling for Liberty’s board of trustees to override Falwell’s desire to put everyone in danger.

Now the deception is coming into play.

Brandon Ambrosino, a Liberty grad who has documented the school’s possible tax violations as well as the numerous ways Falwell’s own actions would get him expelled from Liberty if he were a student, is back with another bombshell story for POLITICO.

On Wednesday, when I reached Dr. Hyman’s office for comment, an employee consulted with the doctor before speaking on his behalf and distancing Hyman from Falwell’s decision. “He himself has nothing to do with that,” the employee insisted.

Liberty then altered the statement without indicating the change.

That same statement also said Liberty had “received a favorable reaction” from Lynchburg, Virginia officials when it came to letting students back into the dorms.

But the city says that’s not true either.

When Ambrosino contacted Falwell himself to get a response about all the discrepancies, he got a typical run-around from the school. But wait for the ending:

The question that everyone seems to have for Falwell is simple: Why? Why allow thousands of students, faculty and staff to congregate on campus when doing so goes against the guidelines of nearly every health organization in the Western world?

I put the question to Falwell in an email. “We are not a sole exception,” responded Scott Lamb, Liberty University’s spokesman, pointing to a news story reporting that other Lynchburg-area colleges are also currently housing students (five remain at Randolph College, and 19 at the University of Lynchburg).

There’s no accountability with Falwell. He’s a Christian dictator propped up by cowards.

Falwell’s version of Christianity means lying is always permissible as long as it makes him look good. It’s no wonder he gets along with Donald Trump. And tens of thousands of Liberty students (and their parents) have no problem paying tuition so that he can continue spreading lies in the name of Jesus.

Falwell isn’t the only problem here; it’s all the people who allow him to do it, who work under his umbrella, who may have good intentions but who refuse to speak out against him because they don’t want to deal with the repercussions.

Not everyone has a choice in the matter, but it’s hard to believe so few people have so little courage. 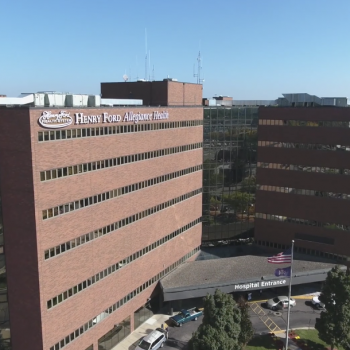