Prosperity gospel preacher Jesse Duplantis, who asked his supporters in 2018 for help in buying a $54 million private jet, really wants to see churches open on Easter.

That’s not going to happen, though, because of COVID-19. It would be idiotic for large groups to gather anywhere, including churches, before the virus is contained, which will take a lot longer than a few weeks.

But Duplantis has a plan! He said in a special message this week that he would use prayer to “bind” the virus.

… President Trump said something that I want to set myself in agreement with. And, you know, a lot of people get a little angry about the president because he’s trying to give people hope. I thank God for a president — I don’t care [whether] he’s Democrat or a Republican, or a woman or a man — if he can give you some hope. Because now faith is the substance of things hoped for, hopefully, the evidence of things not seen.

Well, the way that can kind of totally happen, globally, would be if the virus is bound, not flattened. Bound. No longer infecting anybody. Going down.

So I want to start with a word of prayer right now. We’re gonna bind that coronavirus.

But back to the point: If Duplantis and his prayers had the power to stop the virus, why wait until now to say them? Thousands of people have already died! Why didn’t these prayers begin months ago? Why would the same God who presumably sent the virus suddenly reverse course and destroy it, just so people can be in church on Easter Sunday? And what does the body count need to be before Duplantis gets to enjoy the optics on Easter?

If this is part of God’s Plan, it’s cruel and avoidable. It’s not, thankfully, but that also means his prayers aren’t about to do anything.

No one needs hope as much as they need educated, rational leaders who follow the evidence and take quick action. Duplantis has no plans to pray for that. 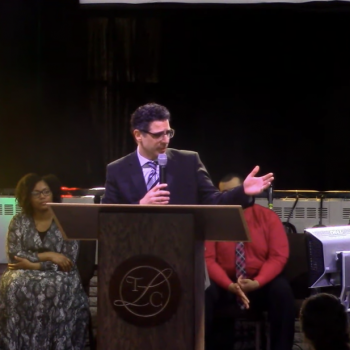 March 27, 2020
Ignoring Virus, an IL Church Held Services; Now Most of the Congregation is Sick
Next Post 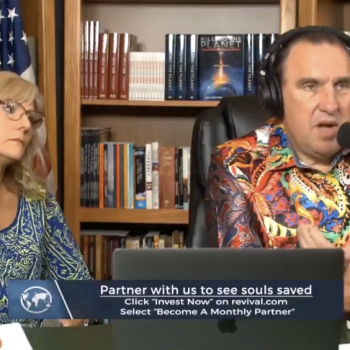 March 27, 2020 Pastor: I'm Holding Services Because I Have Machines That Shoot Down Viruses
Browse Our Archives
What Are Your Thoughts?leave a comment