Pastor: I’m Holding Services Because I Have Machines That Shoot Down Viruses March 27, 2020 Hemant Mehta

Pastor: I’m Holding Services Because I Have Machines That Shoot Down Viruses

Conspiracy theorist Rodney Howard-Browne, best known for his “Holy Laughter”-based religious ceremonies, who recently said he wouldn’t close down his church because he’s not raising “pansies” in there, says he’ll keep holding services despite the COVID-19 pandemic.

His reason? The church is clean. Very clean. And also there’s no way any virus can enter the premises.

Rodney Howard-Browne will continue to hold services because his church is the most sterile building in America, as it contains 13 machines that can instantaneously kill any virus: "If they sneeze, it shoots it down at like 100 mph. It'll neutralize it in split seconds." pic.twitter.com/Z5PLFXlPfp

The Lord has helped us to secure our congregation. We bought in 13 machines that basically kill every virus in the place. If somebody walks in the door, it’s like, it kills everything on them. If they sneeze, it shoots it down at like 100 mph. It’ll neutralize it in split seconds. So we have the most sterile building in, I don’t know, all of America.

Even if he did have some of these magical machines, it’s not clear why he’s not donating them to a hospital for use when he’s not giving sermons. He’s like a faith-healer who can cure everyone but refuses to step inside a cancer ward.

In any case, we can all look forward to the moment this guy’s church is renamed the Patient Zero Church of Christ. 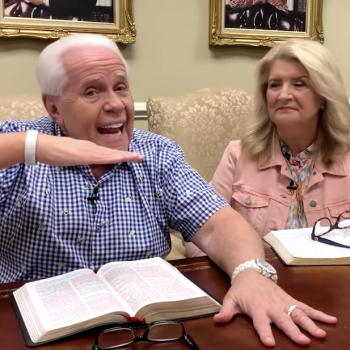 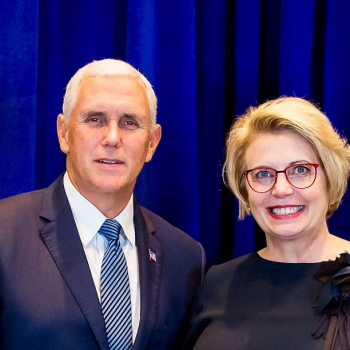