Since the entire world is following the COVID-19 pandemic, changing their lives to accommodate it and thinking of little else, it stands to reason that the weekly White House Bible study group would focus on the coronavirus too.

But when said Bible study is led by Ralph Drollinger of Capitol Ministries — a man who likes to take public potshots at non-Christians, LGBTQ+ people, and working moms, among others — that conversation is bound to turn ugly. 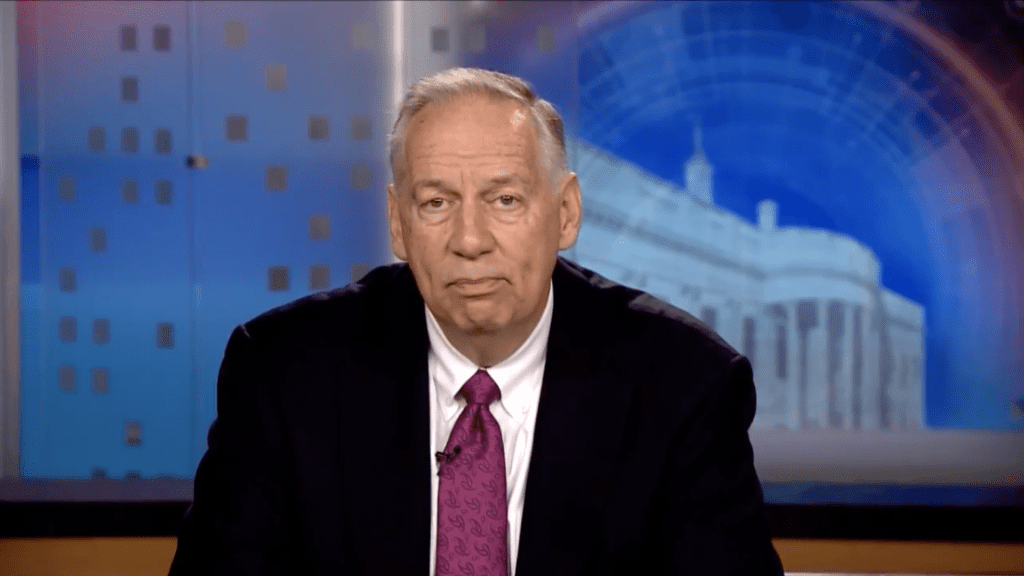 So maybe we should have predicted that this week’s Bible study, titled “Is God Judging America Today?” and sharply focused on whether God’s wrath is a spiritual root cause of the pandemic, would zero in on the usual suspects.

Drollinger starts by identifying five different subspecies of God’s wrath before zeroing in on the one he clearly finds most interesting: God’s forsaking wrath.

This is also referred to by theologians as the wrath of abandonment. In Romans 1:18-32 notice the following five identifying characteristics that surface when God pulls back and allows a person or group of people to go in the way of their wicked desires, i.e. God no longer restrains the fallen nature of man as He usually does.

He goes on to detail these five characteristics — which aren’t causes of God’s forsaking wrath necessarily, but rather signs that God has given up on people and abandoned them to wallow in sin however they see fit.

So who are these fallen sinners?

Surprise! It didn’t quite make headlines, but atheism is right at the top of the list!

You know God has given up on a society when you’ve got atheists — or at least, lying liars who pretend not to know about God’s existence, since Drollinger doesn’t believe in atheists:

The first evidence of the presence of God’s forsaking wrath is that people suppress (katecho), meaning “to hold back” that which they know is the truth. I am always amazed when people say, “I don’t believe in God,” or “I don’t believe in the Bible”… It is not that the unregenerate don’t know there is a God and His Word — it is that they suppress these truths (cf. Romans 2:15). There is a big difference! [Emphasis in original]

So if you thought you didn’t believe in God, pipe down. You’re wrong. And you’re the reason society is currently primed to experience God’s forsaking wrath.

You’re not alone, though. Drollinger next points to environmentalists, whom he sees as apostates who serve a religion other than Christianity — because environmental stewardship is itself a religion, in his eyes.

It explicitly follows from Genesis 1:26 that mankind is not equal or subservient to all that God has created; conversely he has preeminence over creation and the environment. Properly understood, God has appointed man to be His steward over the earth. Clearly indicative of God’s forsaking wrath is when the abandoned serve the creature rather than the creator. See my previous studies on the religion of environmentalism at capmin.org/biblestudies that detail this aberration. [emphasis in original]

And of course, it’s so obvious that LGBTQ+ people are part of God’s abandonment of America, it barely needs more than a sentence to make the point:

Indicative of forsaking wrath is a proclivity toward lesbian and homosexuality.

If you’re curious, the remaining two signs that God has abandoned America to its wickedness are the lack of moral integrity and the praise heaped on those who lack it. If Drollinger sees any irony in citing those factors while working for the current administration, he gives no indication.

After focusing more than half the Bible study on the evidence for God’s forsaking wrath in our society — which undeniably contains environmentalists, unbelievers, and gay people — Drollinger turns tail to spend the rest of the document explaining through dense exegesis why he believes COVID-19 is not God’s forsaking wrath.

I don’t see a ‘forsaking’ form of God’s wrath in the New Testament relative to nations like those certainly on display in the Old Testament… Relative to the coronavirus pandemic crisis, this is not God’s abandonment wrath nor His cataclysmic wrath, rather it is sowing and reaping wrath: a biblically astute evaluation of the situation strongly suggests that America and other countries of the world are reaping what China has sown due to their leaders’ recklessness and lack of candor and transparency.

Talk about a plot twist! It was China the whole time!

But even though America isn’t experiencing God’s forsaking wrath through coronavirus, the people he targeted earlier as signs of it are absolutely responsible for the “consequential wrath” being meted out by way of COVID-19. The only reason they haven’t dragged America into utter abandonment is that the country still has enough good Christians to outnumber them:

Abraham, if he were to plead with God for America, would have a much stronger case than he did pleading with God for Sodom and Gomorrah.

In fact, Today’s America is not by in large [sic] characterized by people who are unfaithful to God’s precepts. Conversely, there is only a small minority of individuals who are grossly disobedient to God, individuals to whom the five indicators of Romans 1 apply. Unfortunately for the vast majority of faithful individuals in America, too many of the unfaithful have been allowed by the faithful to gain high positions of influence in our culture.

… Those individuals who are rebuked by God’s forsaking wrath are largely responsible for God’s consequential wrath on our nation.

There’s a lot going on in that paragraph. It sets up an us-versus-them ideology, a good-versus-evil narrative that casts the majority as good people being dragged into suffering by a powerful minority of virtual super-villains who deliberately and knowingly thumb their noses at God. It broadly blames that minority for the woes Americans currently face (including but not limited to the pandemic). And it warns readers that more suffering is to follow if these villains aren’t punished and made subordinate.

And this is from the Bible study document that went out to some of the most influential and powerful people in the United States of America. 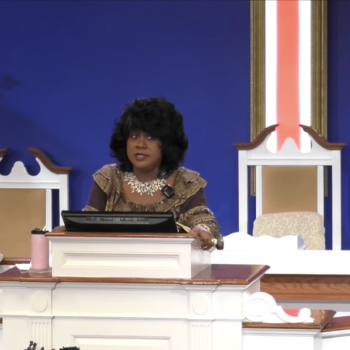 March 26, 2020
Colorado Pastor: I'm Ignoring All COVID-19 Safety Rules That Aren't in the Bible
Next Post

March 26, 2020 Virginia Pastor Who Said COVID-19 Was Anti-Trump "Mass Hysteria" Dies of Virus
Browse Our Archives
What Are Your Thoughts?leave a comment