Oklahoma Gov. Kevin Stitt, an anti-vaxxer who held an “Inaugural Prayer Service” in early 2019 when he came into office, did another prayer event tonight.

This time it was to stop COVID-19 in its tracks… as if the virus is afraid of Jesus.

He already declared a “Statewide Day of Prayer” for today, as have other governors in states where you don’t expect officials to take science seriously.

But he took it a step further by promoting and appearing at a church service that included several religious leaders from across the state, ranging from Christian to even more Christian.

Stitt was introduced as the “architect” of the event, called “Let Hope Rise: Together In Prayer for Oklahoma.” The broadcast was live-streamed online and aired on all the major network channels throughout the state.

“I know this is an uncertain or anxious time for many Oklahomans right now. That is why I believe it is important we join together as a state and pray for God’s blessing, protection and strength as we face a challenge that is unprecedented in its scope,” Stitt said in a news release.

As many people noted, the “faith” event only included Christians. I guess in Oklahoma, Jews, Hindus, Muslims, atheists, and everyone else just don’t matter. In his opening speech, Stitt also made multiple references to “our” God, as if everyone believes just as he does.

People took note of it:

Patiently waiting for our Muslim, Hindu, Jewish, and folks from other faiths to take the stage at this statewide prayer service that’s organized by the Governor and being aired on every local OKC news channel.

Unless you're going to show every religion, you shouldn't force prayer on the masses via every local channel and radio station. I am disappointed in you, Oklahoma.

Find this disconcerting (yet my father was a minister) if Pray It Away comes before science.

“Let Hope Rise: Together in Prayer for Oklahoma”

If your state’s leaders think promoting evangelical Christianity will defeat COVID-19, then you’re in for one hell of a troubling spring. The same God who presumably allows the virus to spread and kill people isn’t about to change course because Oklahoma’s Christians decided to hijack the public airwaves to shove Jesus in everyone’s face.

At best, it was a waste of time. At worst, it was a government official using his office to promote religion while neglecting to take actions that could actually help the state.

No governor should be spending any time advertising Christianity right now. That’s not going to help anyone. Let pastors handle that. That’s their job. We need elected officials to follow the science and follow proper guidelines because that’s their job.

Stitt has no clue what his role in this pandemic is. Tonight, he acted like a pastor when the state deserved a leader.

Good luck Oklahoma. With leadership like this, you’re gonna need it. 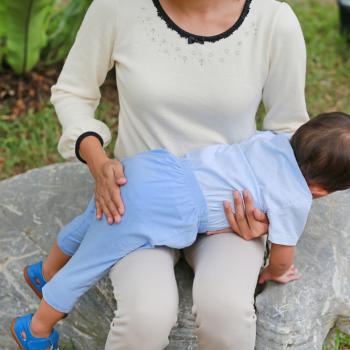 March 26, 2020
Welsh Government Bans Parents from Smacking Their Kids as Punishment
Next Post 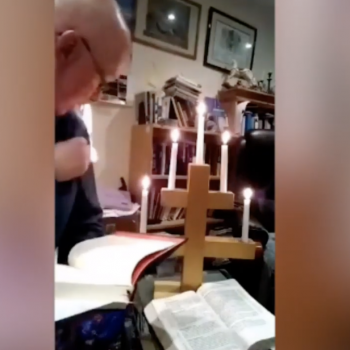