Kentucky Governor Andy Beshear — a “clean-cut sex symbol for the coronavirus age,” according to Salon — has been approaching the COVID-19 pandemic with great seriousness from the start. 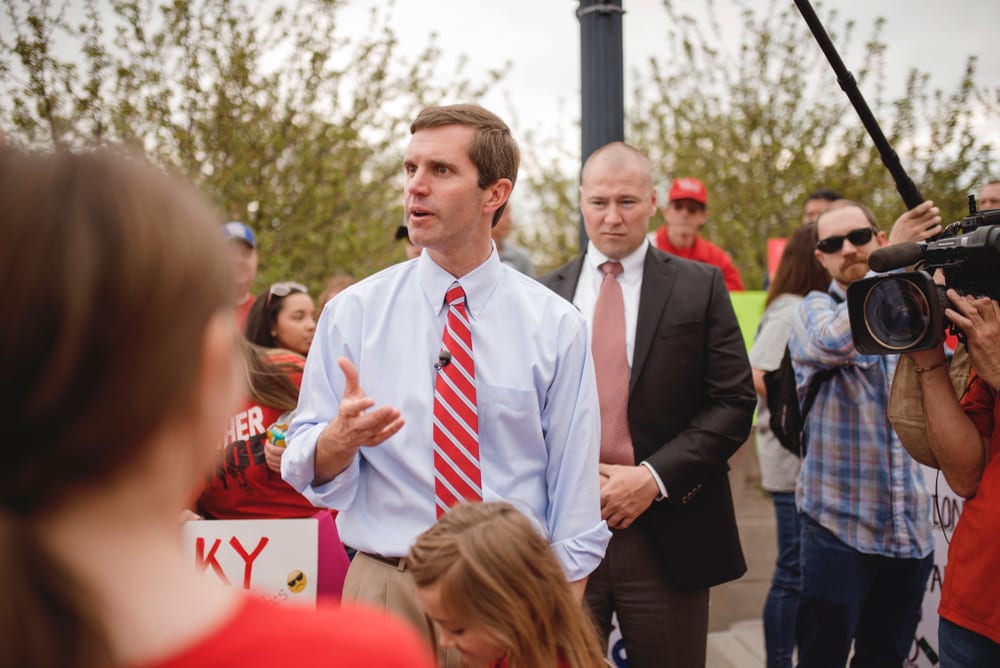 Since last week, he’s been advising schools, businesses, churches, and other organizations to prevent the spread of sickness by temporarily closing.

University Church of Christ, in the city of Murray, ignored that advice and held services as usual.

Now parishioners have the weight of possible exposure on their shoulders: a visitor who attended the church’s March 15 service has tested positive for COVID-19.

Days after the service in question, Senior Minister Charley Bazzell received a phone call from the Calloway County Health Department, advising church leadership that “an out-of-town visitor” to their building had tested positive for the virus. No identifying information about the individual was provided.

In a now-deleted Facebook post, University Church of Christ recommended that anyone who attended service there should self-quarantine for 10 days and isolate themselves from others who live with them. 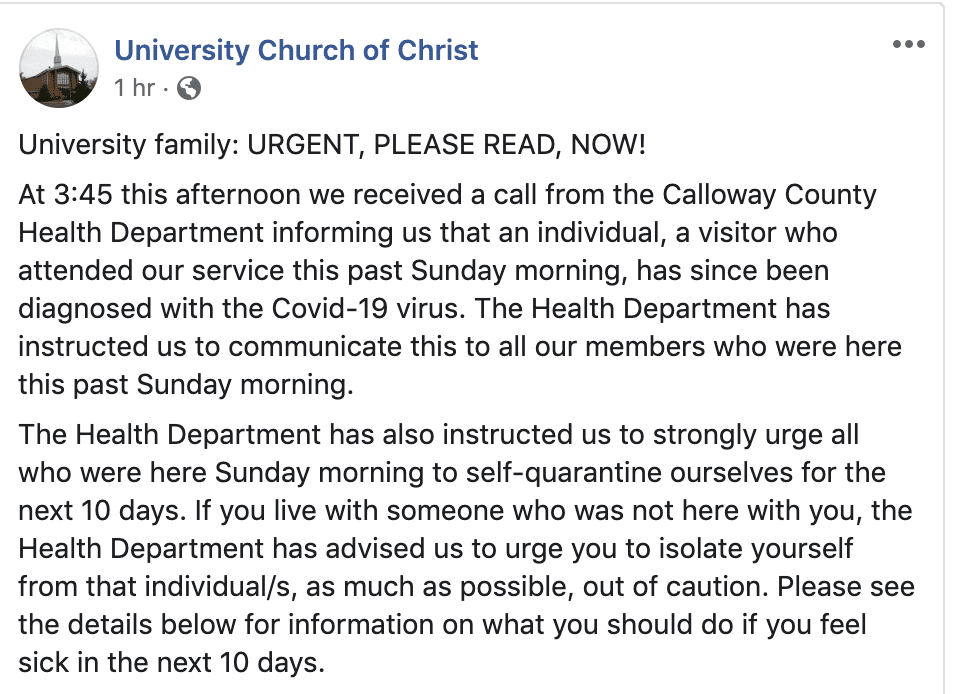 But because they’ve been going about their lives in contact with other people for days now, there are limits to what a delayed self-quarantine will do to halt the spread of the virus.

And the example the church has set — dismissing and ignoring medical advice, downplaying the seriousness of the pandemic — isn’t exactly stellar.

Bazzell says that his church chose to hold services because he believed they had taken enough precautions to keep people safe: shortening the service, using gloves to serve communion, and encouraging members to practice social distancing or skip church altogether if they feel uncomfortable.

Now, he’s complaining about the criticism he’s facing for his failure to take Beshear’s recommendation seriously — as well as for the later decision to publicly warn his church’s members about the danger they unknowingly faced instead of keeping the information to himself:

We wanted to get the word out to them. And again, at the advice of what I assume to be officials in our county, we did that to the best of our ability. We have since paid a heavy price for that… I don’t know if I could say anything that could make any difference. So I probably won’t even try at this time.

Bazzell seems to expect to be rewarded for doing the bare minimum — making his congregation aware that they’ve been exposed to a potentially deadly ailment — as if that makes up for the failure to heed medical experts’ advice that endangered his parishioners in the first place.

But he’s not alone: Several Christian leaders and institutions in Kentucky have balked at the precautions Beshear recommended for churches in particular. Pastors deeply invested in a narrative that paints them as victims of an anti-faith culture complained that churches were being singled out for attack. Said Al Mohler, president of Kentucky’s Southern Baptist Theological Seminary:

[Cancelling services] was made harder, that churches were singled out and commercial businesses and athletic events were not mentioned. The state religion may turn out to be basketball after all… It’s going to be the responsibility of government leaders to be extremely clear when they are making these requests. Christian leaders will expect to be included in any recommendations but not singled out.

Beshear is himself a devout Christian who serves as a deacon in his own church. To him, when churches cancel services, it’s not an abdication of faith, but a sign of devotion:

I don’t believe whether you go to church during this period of time is a test of faith. I believe God gives us wisdom to protect each other, and we should do that.

At the time he made the recommendations, churches had already been implicated in the spread of disease: Two COVID-19 patients were directly connected by their attendance at a Harrison County church.

We can only hope that University Church of Christ doesn’t provide us with more cautionary tales. 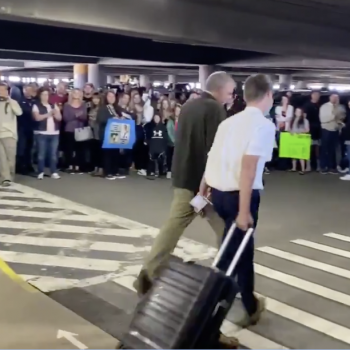 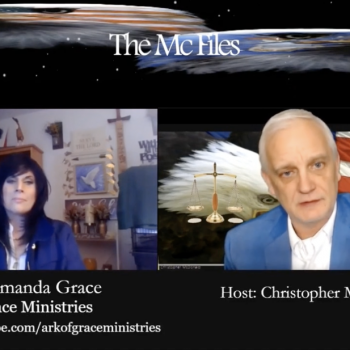