Since many of you were shocked by a recent video showing a Jehovah’s Witnesses leader apparently taking delight in COVID-19, here’s another one.

This time, two clips are spliced. In the first, we hear a man explaining how six JWs have already died from the virus. The second, featuring Governing Body member Anthony Morris at the 148th Gilead Graduation in New York last week, shows him finding a silver lining in the pandemic.

I put together this brief clip showing how much of an asshole Tony Morris really is. He openly proclaims that the COVID-19 pandemic, that has already claimed the lives of some of his brothers, and thousands of non-JWs, doesn't bother him.#JW #ExJW #jworg #TonyMorrisIsAnArse pic.twitter.com/EmUVeO6jUw

MORRIS: I was telling the Branch class yesterday, it doesn’t bother me. We’ve been waiting for this… I’ve been telling ’em for some time now, “Cheer up! It’s gonna get worse!”

He’s excited by it because he thinks it means the End is near.

There are religious people who think chaos on Earth signals eternal peace. Their delusions aren’t helping us respond properly to the crisis.

March 22, 2020
Conservative Writer: The Upside to COVID-19? It Shut Down Drag Queen Story Hours
Next Post 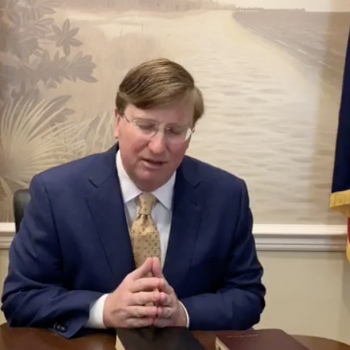