A Singapore atheist who runs a Facebook page is being investigated by local police for posting that people could use the Bible and the Qur’an as toilet paper substitutes amid the shortage due to hoarding during the COVID-19 pandemic.

Three days after the NUS Atheist Society posted that joke, the nation’s Ministry of Home Affairs said it had received several complaints about the post and that it was being investigated.

MHA said that it has asked Facebook to disable access to the “religously offensive post” and highlighted “the importance of racial and religious harmony in our society”.

Members of the public should be mindful when participating in online discussions and not post any remarks which are prejudicial to the maintenance of racial and religious harmony in Singapore, said the ministry.

“Online hate speech on race and religion has no place in Singapore,” MHA added.

In case you’re wondering how the post could be disabled if we’re embedding it above, it’s because the censorship was localized to the region. If you live in Singapore, you can no longer see it. At the time of writing, though, the page has over 1,100 likes.

The NUS Atheist Society later posted a public statement as a resurrected “Christopher Hitchens” persona. In the statement, “Hitchens” says he meant to cause “irritation” but not “harm.”

It was never my intent to suggest or encourage using two holy books as toilet paper. To that effect, the use of the holy books was intentionally left unspecified and to the interpretation of the audience’s imagination. The news media, however, picked up one version of the story and thus, we are where we are.

My intent had been to demonstrate that a purposely vague statement, left to interpretation, could be and would be interpreted in the worst possible way. And, in seeing that the audience of this page are mainly either non-religious or familiar with this style of provocative humour, I had not considered that the post would reach the wider public.

If I had caused personal distress and emotional distress, I sincerely apologise and I am truly sorry. If however, the post had merely elicited outrage, then I would like to kindly request not to instinctively lodge a report to the police or higher authorities to demand satisfaction.

Maybe that statement is a way to avoid criminal prosecution, but I would agree with two points. 1) He probably didn’t think the post would reach a wider audience, and 2) People should try to engage in civil discussion before calling the police when a Facebook post offends them.

Of all the concerns the police ought to have right now, a Facebook post mocking religion shouldn’t be anywhere near the top of the priority list.

***Update***: The Progress Singapore Party (PSP) said today it kicked out the member who had posted that image on the NUS page:

On Saturday, PSP uploaded a Facebook post announcing it had suspended Mr Jan Chan, saying it was not linked to the NUS Atheist Society and that it “views the behaviour of all our members very seriously and will endeavour to ensure that all members keep within the boundaries of the law”.

Later on Saturday, a party spokesperson said the PSP had expelled Mr Chan “following internal investigations into the matter” and Mr Chan’s admission that he had indeed put up the post. 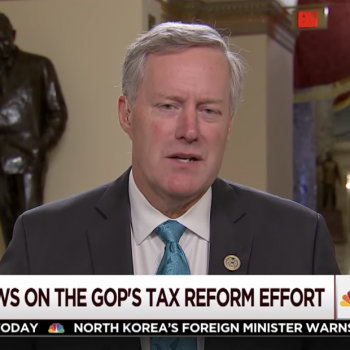 March 21, 2020
The New White House Chief of Staff Will Give the Christian Right Even More Power
Next Post 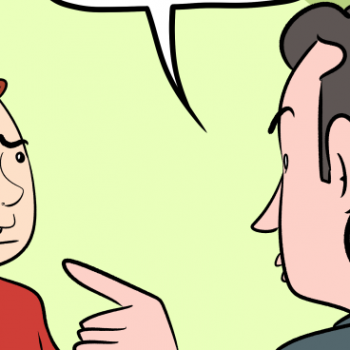