In a reminder that rational public policy still exists somewhere in the world, two Christian nurses working in Sweden, who refused to perform abortions and were fired as a result, have lost their lawsuit with the European Court of Human Rights. The ECHR declined to take up their case, which means an earlier decision will stand.

That decision essentially said abortion is part of basic health care. If you can’t do that, you’re refusing to do your job, so there’s nothing wrong with firing you for it.

The argument made by the women (including Elinor Grimmark, below) — that they were being persecuted because of their Christian faith — was also dismissed.

On 10 April 2014 the Discrimination Ombudsman found no discrimination in the case and closed it. She noted that it was part of a midwife’s professional role to take part in abortions. The applicant, who had said that she would refuse to perform part of the work, was not in a comparable situation to those midwives who could perform all of their tasks. Nor was it her religious faith as such which was at stake: another midwife refusing a part of the work other than on religious grounds would not have been treated any differently from the applicant.

It’s the right decision. Just like a pharmacist who refuses to dispense birth control because he personally opposes it, these women were saying to the world, “We won’t do our jobs!” If they can’t do it, then they don’t have a right to that paycheck. They need to find a different line of work. End of story.

The judges said that interference “had a sufficient basis in Swedish law and… pursued the legitimate aim of protecting the health of women seeking an abortion“.

“Sweden provides nationwide abortion services and therefore has a positive obligation to organise its health system in a way as to ensure that the effective exercise of freedom of conscience of health professionals in the professional context does not prevent the provision of such services.”

The Christian Right group Alliance Defending Freedom represented the nurses in this case. They’re not happy with the results:

Robert Clarke, deputy director of ADF International, called the court decision “very disappointing”. “Medical professionals should be able to work without being forced to choose between their deeply held convictions and their careers,” he said.

Medical professionals should be able to do their jobs. These nurses didn’t want to. This isn’t complicated. Their abilities, not their faith, is what’s on trial here, and they shouldn’t be rewarded for not wanting to help patients. Thank goodness the European courts understood that. U.S. courts could learn a lesson from that.

March 16, 2020
Ark Encounter and the Creation Museum Will Now Close Due to Coronavirus Scare
Next Post 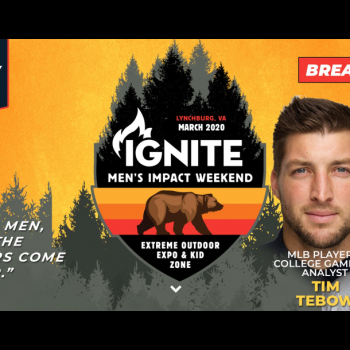