Ark Encounter and the Creation Museum Will Now Close Due to Coronavirus Scare March 16, 2020 Hemant Mehta

Yesterday, I mentioned that both Ark Encounter and the Creation Museum were remaining open despite the COVID-19 outbreak. Answers in Genesis insisted they wouldn’t be shutting down, but attendees had nothing to worry about because the buildings were clean.

Answers in Genesis literally said in a statement on their website that they “placed a very high standard on cleanliness and sanitation at all its facilities and offices, which assists in illness prevention,” and that would be enough to deter any and all viruses.

Of course, cleanliness wasn’t the issue. It’s that someone infected with the virus could pass it on to others, and that was especially problematic at the Ark and the Creation Museum because they tend to attract a lot of elderly people.

That’s why large gatherings have been banned in so many states.

That’s why we’re all supposed to be in self-quarantine.

No one cares if you shower. It’s that even healthy people may be passing along the virus to people unable to fight it.

It’s one thing for Creationists to reject science and promote biblical nonsense. But this denial of science had the potential to literally kill people.

(I saw plenty of jokes about how no one visits these places anyway, but they really do bring in hundreds of people — even on bad days. That’s far too many when it comes to preventing the spread of the virus.)

They insisted they would be open as recently as Friday:

I know I say this all the time… but, like, can you not?

But something must have changed, because Creationist Ken Ham announced yesterday afternoon that the parks would be shutting down:

… After communicating with our staff yesterday to prepare them for the strong likelihood that our attractions would be closing to the public, we made the decision today and informed our staff earlier that we would be closing the Creation Museum and Ark Encounter to guests effective Tuesday, March 17.

We have taken this action after considering numerous factors, including foremost the health and safety of our staff and our visiting guests.

We project that we will reopen the attractions to the public on Thursday, April 2. We deeply regret and apologize for the impact this will have on our wonderful guests who made plans to visit over the coming days when we will be closed.

That’s good. That’s what they should be doing. For once, they’re listening to real scientists.

But I would still love to know what caused the change. What happened to that whole thing about how clean they were? What about the claim that they use “known disinfectants approved by the EPA to deal with this virus”?

Were those lies? Do those things no longer matter? What’s the thought process that led them to this decision? That’s important to know!

The (correct) decision they’re making now has nothing to do with the (incorrect) excuses they were making earlier.

Which means they were either misleading the public earlier. Or maybe they’re covering up for something now. Whatever it is, without knowing why they changed their minds, they’re prone to make a similar mistake in the future.

While a women’s conference slated for later this month has been canceled — it’ll be live-streamed instead — they’re still hosting a job fair today. That’s problematic on its own. But it could’ve been much worse. 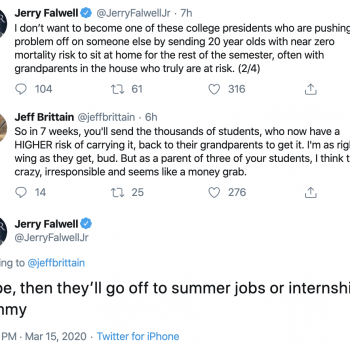 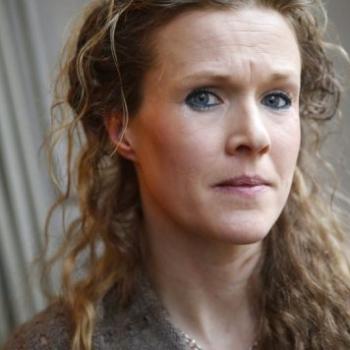