Pastor: Coronavirus is Satan’s Way of Killing Old People So Socialism Can Thrive

The latest update on the coronavirus? Turns out it’s Satan’s plan to kill off elderly people in order to allow young folks to turn the United States into a Socialist utopia.

You heard it first, courtesy of right-wing conspiracy theorist (and Destroyer of Tornadoes) Perry Stone:

“If you get rid of all of those people who resist the Beast, and resist the Antichrist, and resist the system, then you have a whole other pro-socialist, pro-communist, give-me-your-money-and-I’ll-do-what-I-want-with-it group coming up,” he said. “You see them. They’re out there, 35 percent of America is into it. And they have no respect for those older people who have made this country great.”

Young people: They’re completely irresponsible… except for when they want to overthrow the government.

Stone uses the right-wing buzzword of “socialism,” by the way, because it’s scarier than saying what many young people actually want: a right to health care, a social safety net, fair wages, etc. They want to take care of the poor and heal the sick.

That sounds a lot like someone Stone might have heard of… but don’t count on him to connect the dots.

March 13, 2020
All 16 of the Museum of the Bible's "Dead Sea Scrolls" Fragments Are Forgeries
Next Post 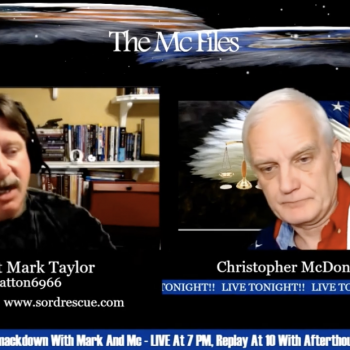