Televangelist: Touch My Oily Hand Through the TV and I’ll Cure Your Coronavirus March 12, 2020 Hemant Mehta

Televangelist: Touch My Oily Hand Through the TV and I’ll Cure Your Coronavirus

It’s gone now. He just held out his hand, asked viewers to touch their screens to meet it, and… somehow coronavirus is no longer a thing. Who knew.

Kenneth Copeland healed viewers of the coronavirus through their televisions last night. pic.twitter.com/8lwHufTIy4

… Put your hand on that television set. Hallelujah. Thank you, Lord Jesus. He received your healing. Now say it: “I take it. I have it. It’s mine. I thank you and praise you for it…”

According to the Word of God, I am healed. And I consider not my own body. I consider not symptoms in my own body, but only that which God has promised. Only that what the Word has said. And by His stripes, I was healed. And by His stripes, I am healed now. I am not the sick trying to get healed. I am the healed, and the Devil is trying to give me the flu!… Or whatever else kind of thing he’s trying.

Christ, I don’t know what’s creepier: his smile or his oily hand.

This is just as dangerous as Jim Bakker selling Silver Solution as a cure for the virus — and that got him sued. Why is Copeland allowed to use Christianity to brainwash people into thinking they’re okay when they might be contagious? It’s dangerous.

And it only continues because too many Christians seriously think prayer fixes problems. Just because most of them aren’t trying to scam you out of money doesn’t mean their beliefs are any more legitimate than Copeland’s.

If people with symptoms thinks they’re cured of the virus after watching this, it’s possible they’ll make irrational decisions that put even more lives at risk. All in the name of Jesus.

This man is going to get people killed. 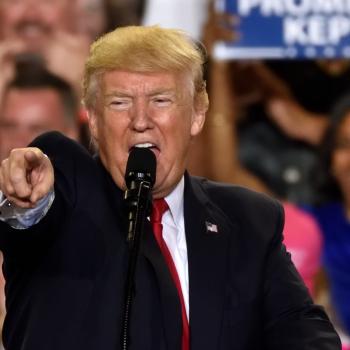 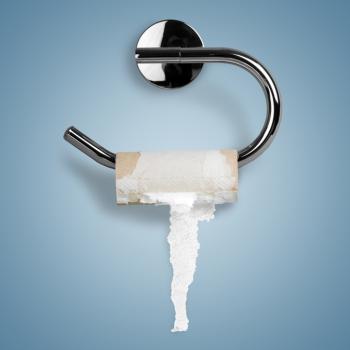