Moments before her truck burst into flames, Trina Carr managed to escape. The Deer Park, Texas native is lucky to be alive.

But the reason she’s in the news is because there was a leather-bound Bible on her dashboard, and it survived the fire.

At least that’s what the local fire department is excited about:

… The dash was completely burned up and dissolved into ash and melted plastic as was the engine compartment and passenger compartment.

This Bible was sitting on the dash, and as you can tell from the pictures only the back cover was damaged. Only a little water on the pages other then that all were untouched by the fire.

That’s not happy news. Any book of that size, with that cover, would’ve survived in a similar way. Would the story have been any more miraculous if Carr didn’t make it?

It’s another example of people claiming to find good news where none exists, just as we see every time a city is destroyed by a tornado but a Bible makes it through.

If this is a message from God, He needs to do better. Maybe next time, don’t put a driver’s life in danger. Or take the Bible instead of the vehicles people need to do their jobs. And if the firefighters are so unaware of why a Bible might still be readable after a truck is in flames, maybe they need to be retrained. 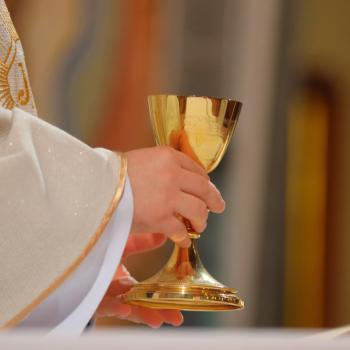