Conservative professor Dr. Allan Carlson gave an interview last year before speaking at a right-wing religious conference — a video of it just went online Thursday — and said Christians shouldn’t fear losing the culture wars because it was possible to still win the “political” side of the issues.

What does that mean? He said there are countries in Europe right now where “Christian politics is, in fact, growing and becoming more successful.”

Okay. So it’s tempting to think that means there are countries governed by conservative Christians in which the people are better off as a result. Right?

Nope. Not even close.

Carlson’s examples of nations with successful “strong Christian governments” include Hungary and Poland, nations where authoritarians have essentially killed democracy to the best of their abilities and ruled with an iron fist.

… they are doing some remarkable things in terms of promoting marriage, promoting the birth of children within marriage, and defending family life.

And here’s what Orbán has actually done, according to Vox:

An unending drumbeat of propaganda, from both official state outlets and the private media empires of Orbán allies, demonizes refugees and Muslims, warning of an existential threat to Hungarian society and culture — and touting the Orbán regime as the only thing protecting the country from an Islamic takeover. This trumped-up crisis serves as a legitimation tool for [Orbán’s party] Fidesz’s authoritarianism, a pretext for the government to pass laws undermining its opponents.

Call it “soft fascism”: a political system that aims to stamp out dissent and seize control of every major aspect of a country’s political and social life, without needing to resort to “hard” measures like banning elections and building up a police state.

That’s what Carlson thinks is a bright spot in Europe.

Then he praises Poland’s ruling Law and Justice Party:

… they adopted a pro-family, pro-Christian public policy, and in the 2018 election, they went from 4 percent up to 18 percent of the vote… They are now the largest party and they have a very distinct pro-life, pro-family agenda… The party has reinvented itself as a pro-life pro-family party, and they’re winning elections.

And here’s what’s really happening in Italy because of that party, according to the New York Times:

It has overhauled the courts in ways that critics say undermines the rule of law, leading Poland to become the first member of the European Union to face the prospect of losing its voting rights under the bloc’s founding treaty.

The state television and radio stations have been turned into government propaganda outlets as pressure on independent news media has mounted.

And leaders of cultural institutions deemed insufficiently patriotic have been condemned or forced from their jobs.

Carlson loves all of this. There’s virtually no nuance in his responses. The most he says in the case of Italy is that some politicians have “personal stories [that] are not ideal.” But otherwise, he loves dictators and oppression, as long as it’s all happening in the name of Christ. 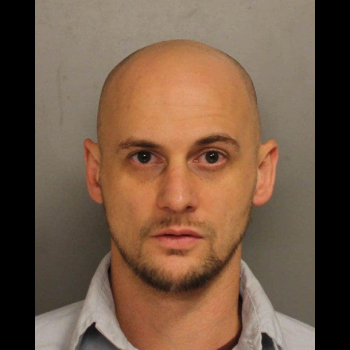 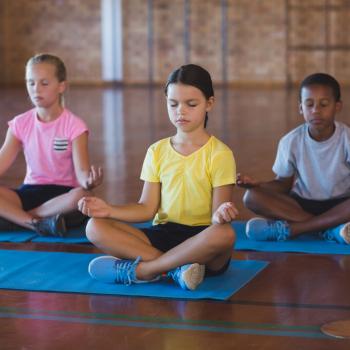 March 7, 2020 Alabama Christian Lobby Argues Classroom Yoga Would Violate Establishment Clause
Browse Our Archives
What Are Your Thoughts?leave a comment