We know that many white evangelical Christians are praying for a second term for Donald Trump. Right-wing activist Phillip Jauregui is taking that request a step further, praying that conservatives be given a “triple crown” of government — by giving Republicans control of the White House, Congress, and judiciary.

He made the comments as part of a prayer call for the One Voice Prayer Movement, which was founded by Trump adviser and preacher Paula White.

There’s a good reason for that. Historically, when one party has total control over the government, there’s usually a swift move in the other direction. In the case of Republicans, who had control of Congress and the White House in 2016 and proceeded to install incompetent judge after incompetent judge on the federal bench, people wanted to see a change and Democrats took back the House. When Democrats controlled everything during President Obama‘s first term and passed the Affordable Care Act, the misinformation campaign by Republicans swung the House the GOP’s way in 2010.

In any case, just think about what we have right now. Evangelical Christians already dominate many of the most powerful seats in the country. Yet they’re still hungry for more power? That’s not only exceptionally greedy, but runs in direct contradiction to Jesus’ own words about the meek inheriting the Earth.

Jesus’ message ran counter to that of the Empire; selective cherry-picking of Scripture is the only way to justify this prayer request. 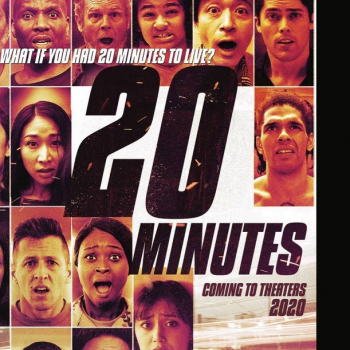