The European Commission has moved to condemn one of its member states as “breaching the values of the European Union” after more than 80 Polish municipalities, amounting to an area larger than Hungary, adopted anti-LGBTQ resolutions declaring themselves “LGBT ideology-free zones.” 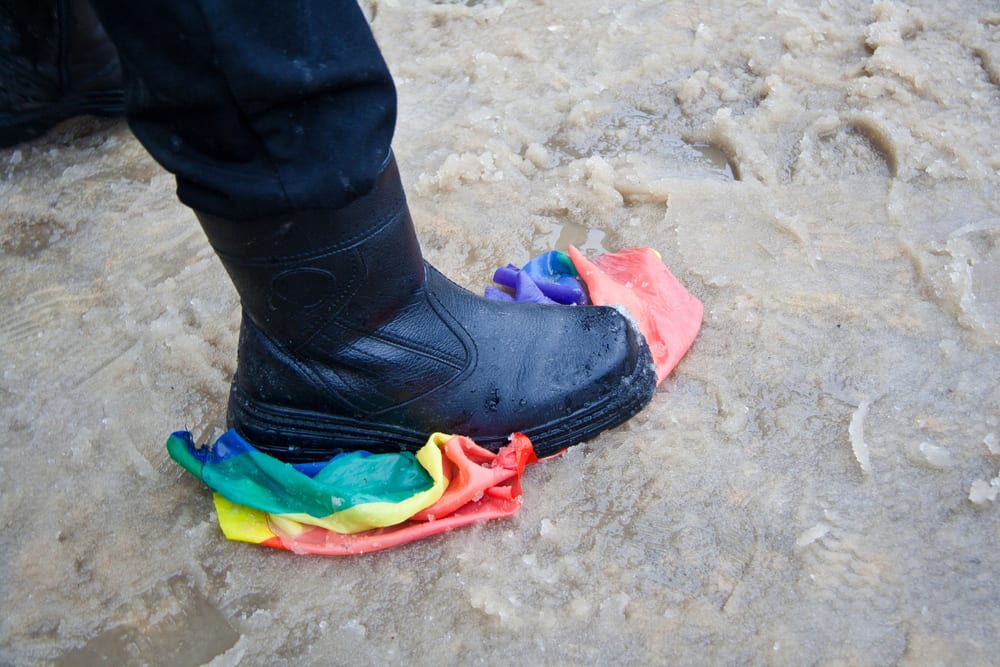 That represents a marked increase over the past six months. In July of 2019, only 30 towns, villages, and regions had declared themselves as such. That was bad enough, but the fact that the number has more than doubled in such a short time span is particularly concerning.

The areas declaring themselves hostile to LGBTQ people cover about a third of the country. According to a map designed by the activist group Atlas of Hate, anti-LGBTQ lobbying efforts reach even further, even targeting Kraków, one of the country’s most significant metropolitan areas.

The phenomenon is so vicious, it has been compared to the Nazis’ creation of “Jew-free zones” during World War II, and with good reason. Many people forget that the Nazi regime also targeted sexual and gender minorities during their time in power.

Since it was the Nazi’s invasion of Poland that kick-started World War II, you might think the comparison would give pause.

But in this heavily Catholic country, people’s fear of difference seems to have overwhelmed all other concerns.

The nation’s de facto leader Jarosław Kaczyński, head of the right-wing Law and Justice (PiS) party currently in power, seems content to pour fuel on the fire. In 2019 he publicly condemned the LGBTQ rights movement, characterizing it as an attack on family values and a danger to children:

We are dealing with a direct attack on the family and children — the sexualization of children, that entire LBGT [sic] movement, gender. This is imported, but they today actually threaten our identity, our nation, its continuation, and therefore the Polish state.

Kaczyński’s real aim, though, seems to have a lot more to do with shoring up the power of the Catholic Church in Poland. In the same speaking engagement, he told listeners that questioning the Church is unpatriotic and insisted that “everyone must accept Christianity.”

Things really heated up in the summer, when the first “LGBT ideology-free zones” were declared. A conservative newspaper distributed “LGBT-free zone” stickers depicting a rainbow flag covered over with a heavy black X. Pride marches came under attack and protest. The Polish Constitutional Court ruled that refusing to serve LGBTQ people or groups was a legal act of “conscience.”

All this seems to have unfolded as a direct reaction against an anti-discrimination proclamation adopted by Mayor Rafał Trzaskowski of Warsaw in February of 2019.

Who would have guessed the notion of anti-discrimination would be so threatening to so many?

But with the nation’s ruling party calling the mere existence of LGBTQ communities “sexualization of children” and the rhetoric of the Catholic Church informing public policy, there’s a lot of political power to be had by turning LGBTQ people into a national bogeyman.

Not so long ago, PiS frightened Poles with the spectre of invasion of Poland by millions of immigrants — lack of security, rape and disease. In fact, it was about helping a few thousand women and children, temporary humanitarian aid. Today, he talks nonsense about the alleged plans of corrupting children… It is thanks to such populist, cynical, and illegitimate politics that the temperature of the dispute in Poland is so unbearably high.

Certainly the European Union is feeling the heat: Human rights violations within a member nation lessens the moral legitimacy of the entire union. During an intergroup meeting on LGBTQ rights in the EU, European Commissioner for Equality Helena Dalli clarified the EU’s responsibility in cases such as these.

Let me be very clear: we cannot allow the distribution of LGBTI-free zone stickers, or the adoption of anti-LGBTI resolutions, and not feel responsible for the next phase where physical attacks that take place, even if they are then carried out by other people.

In this context, let me reiterate again that the Commission condemns any form of violence, hatred, or discrimination against LGBTI people, and that it will not hesitate to take any necessary action within the limits conferred to it by the Treaties.

The EU has been accused of being soft on Polish homophobia in the past. But beyond vocal public condemnation, it’s not clear what sort of sanctions they’re willing to enact to deal with the situation. Meanwhile, Poland is rapidly devolving into an extremely hostile climate for LGBTQ people.

But LGBTQ activists are fighting back. Just this past weekend, protesters picketed a Warsaw church to call for the resignation of an archbishop who called LGBTQ people a “rainbow plague.” Among them was 29-year-old Bartosz Staszewski, a gay filmmaker currently creating a portrait series in protest against the tide of anti-LGBTQ laws. The project involves photographing LGBTQ Poles in hostile municipalities, standing alongside a street-sign prop declaring the area an “LGBT-free zone” in four different languages.

The message is clear: you might condemn us as an ideology, you might ban us, but that won’t erase us. We’re here, we’re queer, get used to it.

March 4, 2020
Christian Mother Tries Defending Her Guide to Hitting Kids: "It Has to Hurt"
Next Post