Christian blogger and mommy-shamer Lori Alexander set off Twitter last week when she ranted about how men could possibly be attracted to women in traditionally male professions, specifically law enforcement and the military.

I'm not sure how men could be attracted to women dressed as men like female police officers and females in the military. These are men's jobs. If they weren't, then women could dress like women in these jobs but they can't. Stick to being feminine, women.

It didn’t sit well with women (and plenty of men) who have spent their careers as cops and soldiers.

Your construct of femininity is mind boggling, to say the least.

Those aren't "men's clothes," they are called 'uniforms," as in everyone doing the job looks uniformly identical.

And these are just "jobs," not "men's jobs," and both men and women CHOOSE to do them.

Would be interested to know if you’d still have this view if a female officer stopped you from being mugged/assaulted or a female firefighter saved you from a burning building! Ridiculous view!!!

You mad I'm having sex or what

I spent 21 years in the military because I wanted to follow in the footsteps many others in my fmly and trust me, the men did & DO find women in uniform attractive. I find her tweet highly insulting to those women who serve & protect her right to say such things

This is one of the most offensive things I’ve ever read. I am confident when I say, there’s not a female police officer that joined the job because the uniform is flattering. To minimise the work we do down to a uniform is appalling. I’m not here for men to find attractive. https://t.co/uV5GU8Ahgh pic.twitter.com/FAGl9zYtaJ

It’s almost like uniforms are meant to be…uniform.
Thank you for your work in the NHS, you guys don’t get half as much appreciation – or pay! – as you deserve.

Alexander eventually responded as you’d expect: with a complete denial of doing anything wrong, followed by a doubling down of her position because those women weren’t taking care of their babies at home.

Imagine getting in an uproar because I encourage Christian women to be feminine, dress feminine, and not to go after male dominated, masculine jobs. It's heartbreaking to see mothers taken away from their babies for months on end because they have decided to pursue these jobs.

It’s her usual schtick. It’s just amusing to see so many people being exposed to her brand of Christian bigotry for the first time.

Remember that she’s not some anonymous troll. She’s a real person. And Christianity has warped her brain.

(via Daily Dot. Thanks to Michelle for the link)

March 2, 2020
Evangelist Franklin Graham is Suing the UK Venues That Rejected Him
Next Post 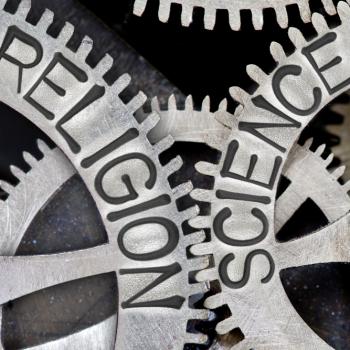 March 2, 2020 NY Bio Teacher Accused of Downplaying Science and Deriding "True Evolutionists"
Browse Our Archives
What Are Your Thoughts?leave a comment