Elizabeth Johnston (a.k.a. the “Activist Mommy”) has spent the past day or so talking about her meeting — along with other anti-abortion zealots — with Vice President Mike Pence.

That’s disturbing enough, but it’s even more troubling that she posted this photo of Pence “praying with the Caronavirus Team.”

It’s not a joke when people say these Republicans are trying to stop a virus with prayer. What else did anyone expect? Science? Reason? Something sensible? Of course not.

If this virus truly becomes a pandemic, we’re at the mercy of people delusional enough to think their pleas to God will fix the problem. The same God who presumably created the virus, at least in their minds, will somehow make sure it hurts only a handful of Americans… and a ton of Chinese people.

Pence already botched the response to an outbreak of HIV in Indiana. Now he’s going to hurt the entire country. 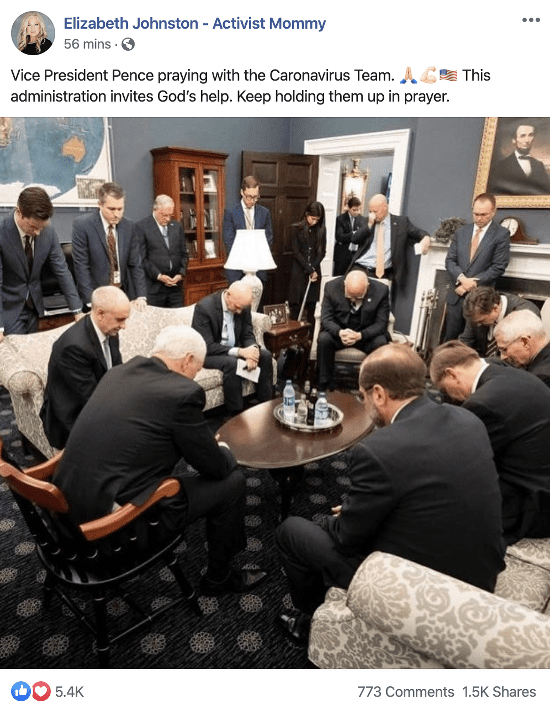 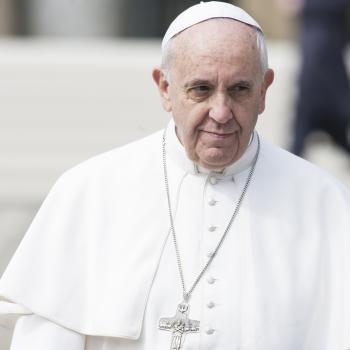 February 29, 2020
Pope Francis Wants You to Stop Trolling People on the Internet for Lent
Next Post 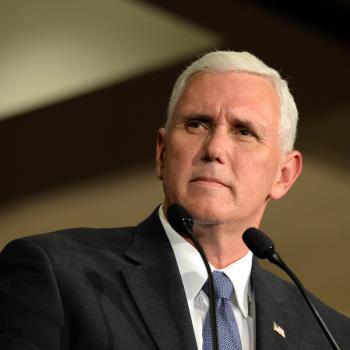