AOC: The GOP Only Ever Invokes “Religious Freedom” When It Wants to Justify Hate February 29, 2020 Hemant Mehta

AOC: The GOP Only Ever Invokes “Religious Freedom” When It Wants to Justify Hate

During a hearing yesterday in the U.S. House about the “Administration’s Religious Liberty Assault on LGBTQ Rights‘,” Rep. Alexandria Ocasio-Cortez made it clear that Donald Trump and other Republicans have used religion — her faith included — to justify all kinds of atrocities against the very people who need the protection of the government.

It’s an incredible speech given by someone with a major platform. Be sure to listen to it.

… I just have to get that out ahead of time, because it is deeply disturbing, not just what is
happening here, but what this administration is advancing is the idea that religion and faith is about exclusion. It is not up to us. It is not up to us to deny medical care. It is up to us to feed the hungry, to clothe the poor, to protect children, and to love all people as ourselves.

Remember that the vast majority of white evangelicals believe everything she said is downright heretical. They are practically giddy using religion to hurt refugees, punish women, and drive transgender people to suicide.

Ocasio-Cortez also correctly pointed out that religion has been used to justify slavery, white supremacy, and other forms of bigotry. This is only the latest instance of Christianity being used to hurt others.

As an atheist, I’ll freely admit religion would be a lot harder to condemn if more people used it like AOC, as a motivator to help others and work toward basic human decency. Logic aside, it’s tougher to complain when religion is a force for good. But this Republican administration has done our work for us, showing the world why Christianity is arguably the most dangerous weapon we’ve ever seen. Just think about how much despicable behavior has been ignored by white evangelicals because they believe Trump is part of God’s Special Plan. 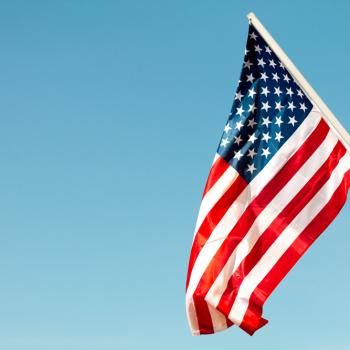 February 28, 2020
An Unnecessary Compromise Brings the Pledge Back to Enfield (NY) Board Meetings
Next Post 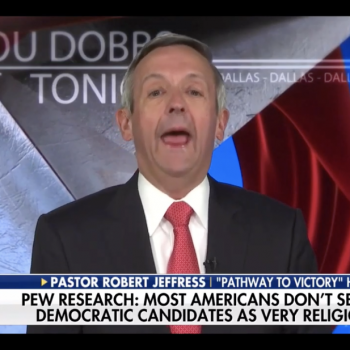