Last October, during a speech at the University of Notre Dame, Attorney General William Barr blamed social problems like drug addiction and mental health issues on a lack of religion. He even condemned the “militant secularists” pushing for progressive values.

Months later, he blamed “militant secularists” for imposing their values on religious people when the reality is that (1) militant secularism is an oxymoron in the U.S. and (2) that sort of thing only ever happens the other way around.

Barr went even further yesterday during a speech at the 2020 National Religious Broadcasters Convention.

It was his most blunt argument so far to justify the Christian Right’s takeover of the U.S. government.

And as with all things Trump, Barr deliberately lied to his audience.

Take this passage for example:

As I discussed in a speech I gave last fall at Notre Dame, while the Framers believed that religion and government should be separate spheres, they also firmly believed that religion was indispensable to sustaining our free system of government. As John Adams put it: “We have no government armed with the power which is capable of contending with human passions unbridled by morality and religion. Our Constitution was made only for a moral and religious people. It is wholly inadequate for the government of any other.”

Adams indeed said those words to the First Brigade of the Third Division of the Militia of Massachusetts in 1798. However, Barr left out an entire sentence. Perhaps for a reason. Here’s what Adams actually said. Note the bolding.

Because we have no government armed with power capable of contending with human passions unbridled by morality and religion. Avarice, ambition, revenge and licentiousness would break the strongest cords of our Constitution, as a whale goes through a net. Our Constitution was made only for a moral and religious people. It is wholly inadequate to the government of any other.

When you take that in context, it’s clear Adams is using religion and morality as synonyms against all kinds of human problems. He’s not saying Jesus is the solution to our woes. Indeed, years later, Adams summarized his religion in four words: “Be just and good.”

Barr got worse when he ranted against atheists, though.

How does religion protect against majoritarian tyranny? In the first place, it allows us to limit the role of government by cultivating internal moral values in the people that are powerful enough to restrain individual rapacity without resort to the state’s coercive power.

Experience teaches that, to be strong enough to control willful human beings, moral values must be based on authority independent of man’s will. In other words, they must flow from a transcendent Supreme Being. Men are far likelier to obey rules that come from God than to abide by the abstract outcome of an ad hoc utilitarian calculus.

If you need the threat of God to obey sensible rules, you’re not a moral person.

In any case, all of that comes from a man representing an administration run by conservative Christians who have used their power to inflict all kinds of suffering upon the “least of these.” We’re not better off because Christians are in charge. Under almost any measure, the most freedom-loving countries in the world are ones that are the least religious by choice. (We’re not talking about North Korea here.)

Put another way, Barr wants us to believe religion makes us more moral. But this administration is nothing if not religious, and there’s nothing moral or kind or wise or compassionate about it.

It’s ironic, then, that Barr warned the audience that “the very essence of Christ’s message counsels for modesty and restraint in secular politics.” There’s no modesty or restraint in this administration.

And then Barr trashed the very idea of a less religious society.

… this vital moderating force [religion] in our society has declined over the past several decades. In recent years, we have seen the steady erosion of religion and its benevolent influence.

While most everyone agrees that we must have separation of Church and State, this does not require that we drive religion from the public square and affirmatively use government power to promote a culture of disbelief. As Tocqueville would have predicted, this weakening of religion is contributing to ill-temper in our political life.

No one is calling for the government to “promote” atheism. But what Barr wants is for Christianity to become a de facto national religion. It’s what his justice department has argued in court time and time again.

The man whose job is to protect church/state separation wants to tear down the wall between them.

It was an embarrassing speech from a corrupt lawyer who wants to whitewash American history in order to advance Christian Nationalism. And Republicans will never do a damn thing to stop it. 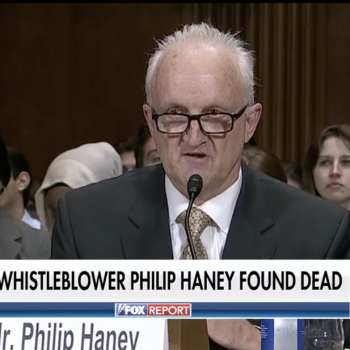 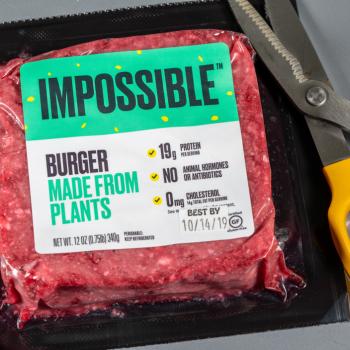