During a campaign event over the weekend, a nine-year-old boy asked Democrat Pete Buttigieg how he could be brave when it came to telling people he’s gay. A powerful question, no doubt.

Buttigieg responded by telling the kid he didn’t “need a lot of advice from me on bravery.” He went on to explain it won’t always be easy, but knowing who you are goes a long way to overcoming that. It was a sweet moment.

Powerful moment (better audio): 9 year old Zachary Ro of Lone Tree asks @PeteButtigieg how he can be brave and tell people he is gay too pic.twitter.com/1aUbYM8cDM

But leave it to right-wing bigot Bryan Fischer, of the American Family Association, to see that clip as justification for why Buttigieg mustn’t get anywhere near the White House. He said that Buttigieg was a “one man recruiting machine, normalizing the crime against nature to nine-year-old children.”

Why Buttigieg must not be allowed anywhere near the White House. He's a one man recruiting machine, normalizing the crime against nature to nine-year-old children. Pete, according to Jesus, is going to wind up at the bottom of the sea with a millstone tied round his neck. https://t.co/UzfQBBOezy

It takes religion to turn a powerful, positive moment like that into evidence of a “crime against nature.” It takes Christian bigotry to see Buttigieg as a “recruiting machine” for homosexuality, as if anyone can persuade you into a different sexual orientation (or as if Buttigieg cares whether anyone is gay or not).

That line about how Buttigieg will eventually “wind up at the bottom of the sea with a millstone tied round his neck” is one of those biblical references (Matthew 18:6) that speakers will tell you is metaphorical but which suggests a death penalty for those who lead children away from Christ. Or at least an eternal punishment.

The bottom line, however, is that instead of criticizing Buttigieg’s policies — which would be fair game — Fischer is upset about his compassion. Buttigieg offered great advice to a young boy who already feels marginalized, and Fischer’s Christianity spurs him to marginalize that boy and Buttigieg even further.

If that’s what religion causes someone to do, we’re all better off without it.

February 23, 2020
The Alabama GOP Primary is a Christian Nationalist Trainwreck
Next Post 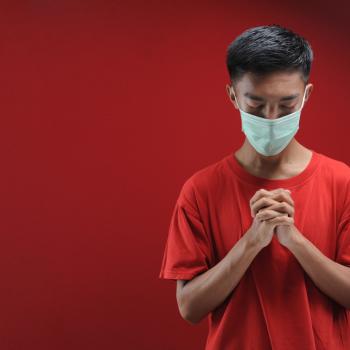 February 24, 2020 Indonesia Will "Rely on the Almighty" to Fight Coronavirus, Health Minister Says
Browse Our Archives
What Are Your Thoughts?leave a comment