The Secular Coalition for Arizona marked its 10-year anniversary today with a “Secular Day” at the State Capitol. Nearly 100 people gathered to receive advocacy training, listen to a speaker, meet with legislators, and listen to State Sen. Juan Mendez offer a secular invocation.

At least that was the plan.

That invocation would have had a lot of symbolic value since previous attempts have always hit some kind of snag.

In 2013, for example, Mendez delivered one in the State House, but the following day, a Christian colleague delivered a second religious invocation to make up for his godless one. When he tried to give another invocation in 2016, Majority Leader Steve Montenegro blocked him from doing so on the grounds that all invocations had to be made to a “higher power.” Days later, when Mendez gave his invocation anyway, a minister was on standby to deliver a “real” one.

The hazing continued when State Rep. Athena Salman, also an atheist, gave an invocation in 2017. She was berated by Republicans right after she was finished.

So you can understand why the Secular Coalition for Arizona was excited to hear Mendez speak this morning.

But instead of that happening, Senate President Karen Fann announced that State Sen. J.D. Mesnard would be giving the invocation instead.

Who is Mesnard? The same guy who, in 2017, said Salman’s invocation was out of order. It wasn’t just a snub. It was a slap in the face.

Only after he spoke did Fann announce she made a “mistake.”

Sen. @mendezforaz was supposed to give today’s secular invocation. Instead, we started the Senate floor session with a decidedly Christian prayer from @JDMesnard. Senate Prez says it was a mistake on the schedule; Mendez says it’s “petty.” https://t.co/yzwWOndTaB

If that was a “mistake,” then you have to wonder why Mesnard happened to have an invocation ready to go…

Mendez was eventually allowed to speak. He gave his invocation as a “point of privilege” while saying he wouldn’t be “petty” and make an issue of it. But he very well could have.

I do not appreciate the petty ruse perpetrated by @AZSenateGOP & their total disrespect for the secular community. The fact that Sen. @JDMesnard happened to have his own invocation ready (& alphabetically, Mendez comes before Mesnard) means their empty apologies… https://t.co/J7HNNhnf6s pic.twitter.com/HSm912KuKG

are nothing more than lies – unbecoming of us all.

Today's petty display of religious preference on the AZ public floor is all the evidence @USSupremeCourt needs to put an end to the misused cultural practice before public business. pic.twitter.com/025w0GGqkf

I must apologize for believing republicans Sen. Prez @FannKfann & @AZSenateGOP when they told me I would be included in the cultural practice of sharing an invocation before we started the public's business. I guess our secular values threaten republican…

identities to the point where they won't just flat out say me & my values are not welcome but they have to pretend they actually practice respect and decorum. #AZleg
Nobody should believe them when they say this was an accident. This was not the first time – This is who they are pic.twitter.com/5XMvdpL0CS

There’s no video of his speech just yet, but here’s the silver lining: For the first time in recent years, that secular invocation wasn’t met with any sort of resistance. There were no boos. There was no “offsetting” Christian invocation. There was no snide comments afterwards. There was only the “mistake” beforehand… that is, if you believe it really was an accident.

But suppose we give them the benefit of the doubt (which they don’t deserve). That ought to be the start of a new tradition in which atheists are allowed to participate in government without having to deal with Christianity-fueled backlash whenever they open the session with words of wisdom instead of shout-outs to God. 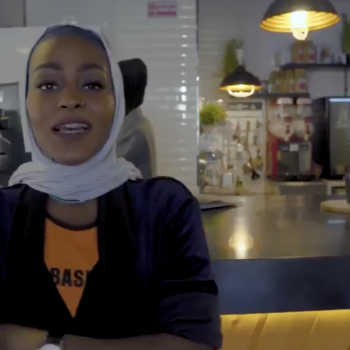 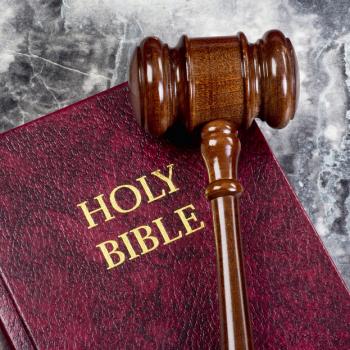