The Alabama GOP Primary is a Christian Nationalist Trainwreck

This is a guest post by Andrew Seidel. He is the author of The Founding Myth: Why Christian Nationalism is Un-American. 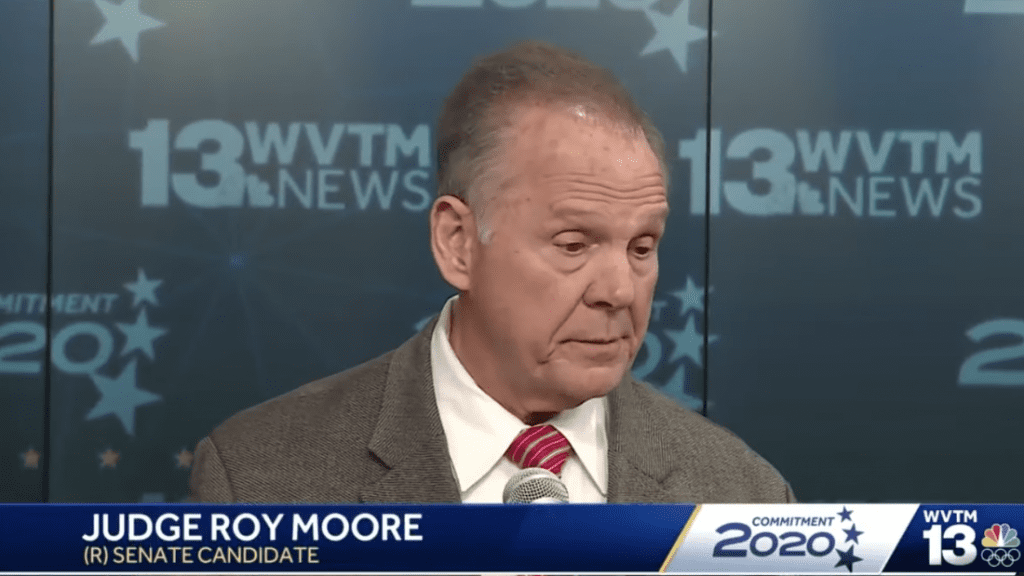 When not licking Trump’s boots or praising his name, the four are desperately trying to outdo one another by pushing an ever more extreme Christian Nationalism.

Jeff Sessions, Moore, and even Tuberville have a long history of Christian Nationalism. Perhaps most infamously, Sessions cited the bible, Romans 13, to justify separating children from their parents and throwing them in cages. The preacher who runs the White House Bible Study (and probably engages in unregistered lobbying in the process) taught Sessions this immoral theology and bragged about how biddable Sessions is: “Jeff Sessions [will] go out the same day I teach him something and he’ll do it on camera.”

Sessions has spent much of this primary reminding voters of his theocratic chops: “Christians and people of all faiths are under attack in America. Ron Reagan’s atheist group is spending millions of dollars attacking Christians in the name of religious liberty. … I have spent my whole life fighting to make sure that Christians and people of all faiths can boldly live out their faiths.” (Here, he is referring to the Freedom From Religion Foundation, for which Ron Reagan filmed an ad advocating for state-church separation.)

Sessions and Byrne — both white Christian men from Alabama — recently argued about which of them was more oppressed by the First Amendment and groups upholding it.

To invigorate his fetid campaign, Bradley Byrne defended public schools that imposed religion on Alabama’s schoolchildren. Coaches were baptizing players on the field, a clear violation of the Constitution, and Byrne rushed to their defense. If the coaches had been telling kids to kneel, face Mecca, and pray, Byrne would’ve marched on the school with a torch and pitchfork. But if the school imposes Byrne’s god on other people’s children, Byrne turns coat. That’s Christian nationalism.

Tommy Tuberville brought prayer to Auburn football as head coach from 1999-2008. He used that public school football program to convert players to Christianity. Chaplains on state school football teams are not constitutional, but are widespread and schools ignore the constitutional violation when coaches win. Two coaches are responsible for most of the football chaplains we see today, according to the Freedom From Religion Foundation’s Pray to Play report (which I co-authored). Ole Miss, Texas Tech, Cincinnati, and Auburn all owe their football chaplains to Tuberville.

As I wrote in Pray to Play:

When Tuberville replaced Terry Bowden at Auburn in 1999, one of Tuberville’s “first moves” was to bring on Chette Williams as team chaplain. “A tremendous spiritual revival … moved on the Auburn team since his arrival. … players are getting baptized, carrying around Bibles and wearing wooden cross necklaces.”

Tuberville used his government power to promote his god. He’s a theocrat, but, like Byrne, demonizes non-Christian theocrats. Earlier this month he bizarrely claimed, “I’ve been in the cities, folks, you can’t drive through a neighborhood. … Sharia Law has taken over. Folks, there [are] places you can go in this country that you’re not wanted. In our country. I mean this is not the Middle East.” This is utterly disconnected from reality. Amazingly, Tuberville’s campaign clarified this by saying that he meant some “individuals place Sharia law ahead of the U.S. Constitution.” Tuberville is one of the people he’s warning us about, only his Sharia is Christian law.

Bringing up the rear in this revivalesque primary is the granddaddy of modern Christian Nationalism, twice-disgraced judge and credibly-accused sexual assaulter Roy Moore. Moore was booted from office twice because he used the power of that government office to impose his religion (specifically the Ten Commandments and a particular view of marriage) on everyone else. Unsurprisingly unrepentant, Moore recently told voters, “I have stood … against the removal of God from society — and the Ten Commandments — and I have stood against same-sex marriage and for traditional marriage.”

The GOP’s primary theme is counterintuitive but clear: big government. These men want a government big enough to tell people which god to worship, which bible to read, and which commandments to obey. Each has, and will, abuse the power of a public office to promote their personal religion.

This is not only wrong, but also un-American. None of these men is fit to serve as a crossing guard, let alone in the U.S. Senate. Alabama deserves better.

(Screenshot via YouTube. FFRF is a non-partisan charity. No FFRF resources were used for this article. Seidel researched and wrote it in his personal capacity and on his own time.) 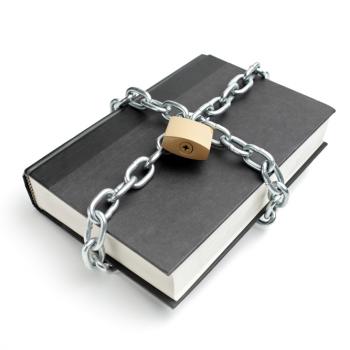 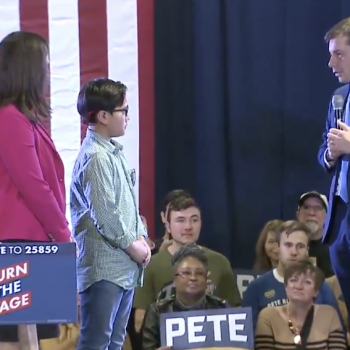 February 24, 2020 Christian Bigot Calls Pete Buttigieg a "Recruiting Machine" for Homosexuality
Browse Our Archives
What Are Your Thoughts?leave a comment